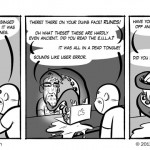 The HIJINKS ENSUE STORE Is where you can buy stuff that I made! It supports me and my family and keeps this little operation going.

There are two lies in the above comic. 1) Josh would never “Bing” anything, and 2) The Apple Store would never deny Josh anything. They simply pull up his purchase history, count the copious amounts of zeroes, and immediately start peeling grapes for him. I, on the other hand, being the guy that buys a new computer every 4+ years, a new pair of phones every other generation and a new ABSOLUTELY NOTHING ELSE EVER, get the standard “this is out of warranty and even though there was a recall it only applies to everyone in the world BUT you” treatment.

When the Macbook Pros came out in 2007, I made my switch to Mac as did my wife. A little over a year later people were noticing that the power supply cables were coming unsheathed and fraying all over the place and, in some cases, catching fire. Apple started replacing them free of charge to avoid a class action suit (though I believe there was eventually a suit and a settlement). Once day my wife’s power supply cable up and caught on fire while it was plugged into her computer. It burst into flame EXACTLY where her leg would have been, had she been using it at the time. I knew about the issue and brought both of our power supplies in for replacement. The Genius on hand told me he could replace the one that had already combusted, but not the one that was in grave danger of combusting since it was still in it’s pre-combusted state. So I went home, set it on fire with a lighter, brought it back to the Apple store and got a replacement.

COMMENTERS: Give me your best computer repair/ tech support/ massive malfunction story. Was the dumbness on your head or theirs? Every try to return something that you clearly ruined through your own stupidity? A buddy of mine once returned a CF-Card sized micro hard drive that his cat had peed on. Luckily the Best Buy employees aren’t in the habit of sniffing every return. 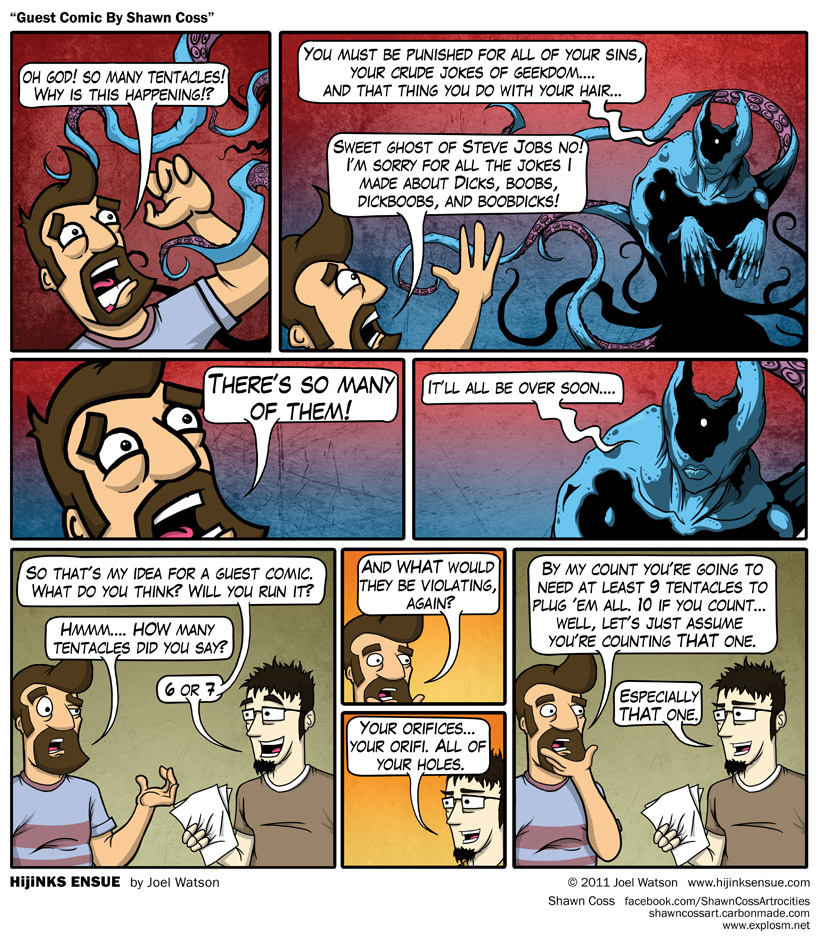 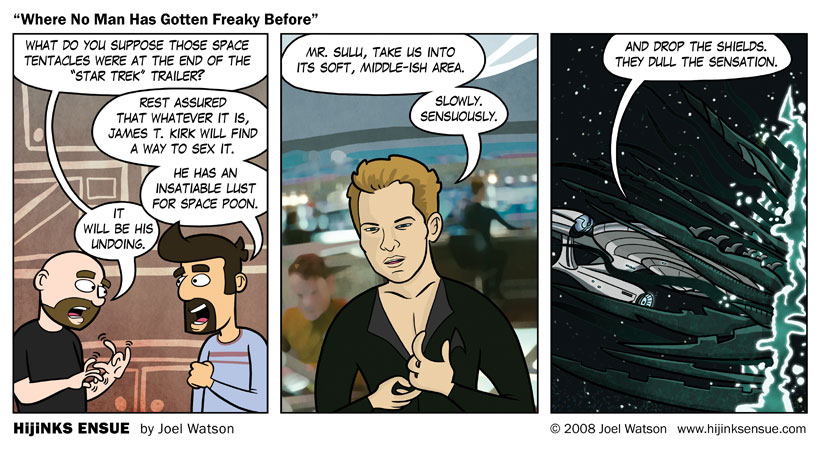 Future historians debate whether the T in James T. Kirk stood for Tiberius or Tap Dat Ass. I like to think that in a future utopia the latter would be true.

The trailer has me setting phasers to enthusiastic. I hope this movie accomplishes only two things. 1) It revitalizes a failing franchise that has been dissapointing long time fans for years and 2) Brings new Trekkies into the fold and ensures that generations to come will identify with the series and its characters.

So what do you think? Please identify yourself as a Trekkie or non-Trekkie if you choose to weigh in.