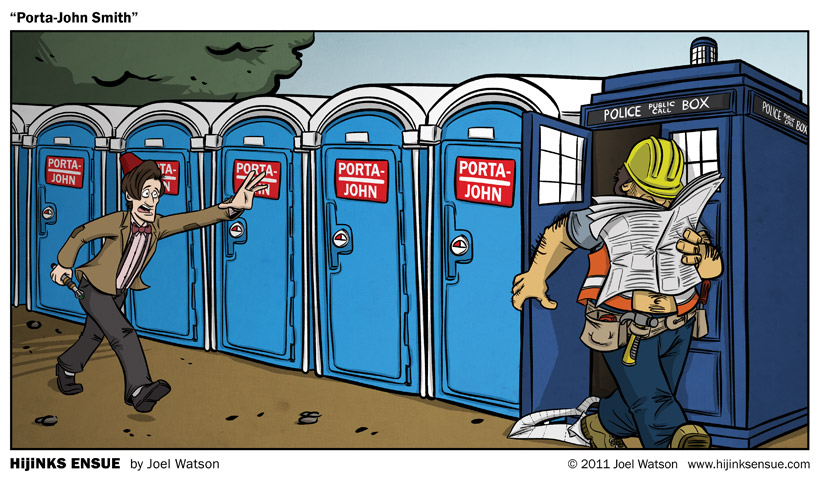 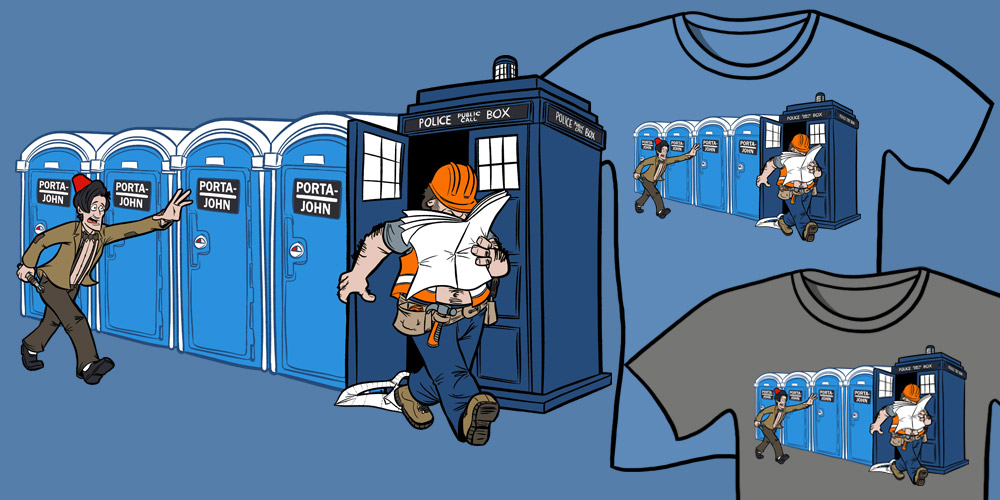 STORE NEWS! The HijiNKS ENSUE Store will be shutting down for a few weeks so I can make some big, exciting changes. [READ MORE HERE] If there is a shirt you want, and you DON’T WANT to wait until sometime after San Diego Comicon, you should probably buy it now. This week will be your last chance for a at least a few weeks. Please check out this blog post to see which designs won’t be coming back, in case you want one of those.

I had this idea back in Phoenix while having dinner at this neat little Neapolitan Pizza place with some friends. About halfway through drawing it, I did a quick google and saw that Jon Rosenberg had already touched on the idea of a PorTARDIS-John with “Doctor Whoah” in Scenes From A Multiverse. Oh well. I guess it’s a pretty obvious comparison for two guys that think allot about science fiction and poop jokes. His comic is great. Go read it.

Commenters: GOD DAMNIT NO NEW SEASON OF DOCTOR WHO UNTIL 2012?!?!

BEST THING EVER: My good friend Lar “Poned” me. I have never been so happy or honored in all my stupid life. [click to embiggen] 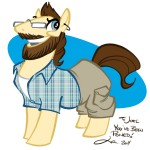