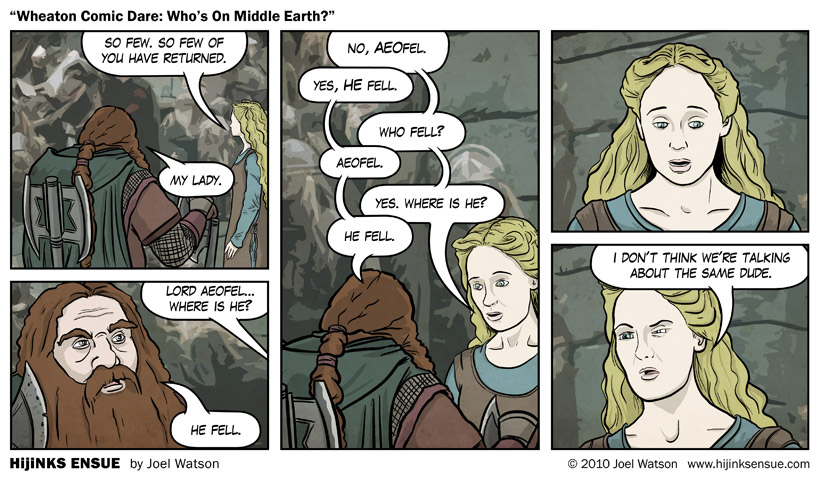 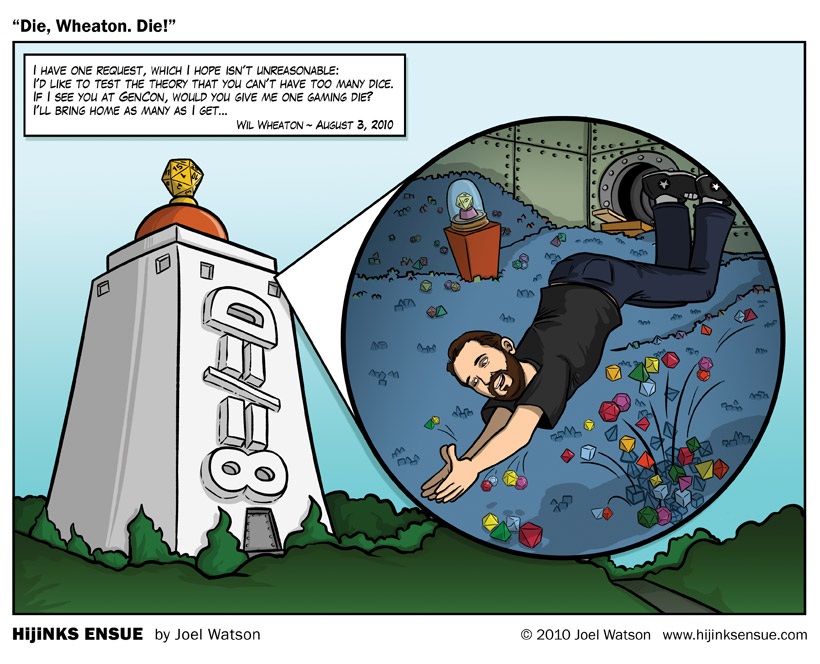 Ok, so Wil Wheaton basically dared me to draw this. Actually he dared me to draw him getting crushed by an avalanche of fan-donated dice, but Fancy Bastard DoctorAvenue had a suggestion that seemed to fit the “Spirit of Wheaton” a little better. A more positive spin on the whole “now what do I do with 100,000 polyhedral dice?” dilemma, if you will.

NOTE: Anyone confused by the ASCII representation on the side of the “Dice Bin,” just think about Wil Wheaton’s motto.

If you are going to GenCon in Indiana this weekend, please go say hi to Wil, give him a die, pick up his con-exclusive chapbook and [forgot Wheaton is trying to avoid the CONfluenza]. There is a chance Wil will have prints of this comic available at his signing table. Also go say Hi to Alina “Weregeek” Pete. She makes a great comic about tabletop gaming and also makes jewelry out of gaming dice. Here’s an insider secret: she will give you some of the magical dice jewelry if you give her money in exchange for it.

Since the books I shipped to Topatoco haven’t arrived yet, you have precious few days remaining to order a personalized Artist Edition of HE Book 1. Once the books are in my Topatoco store, personalized sketches will be reserved for conventions and exclusive, infrequent online sales.