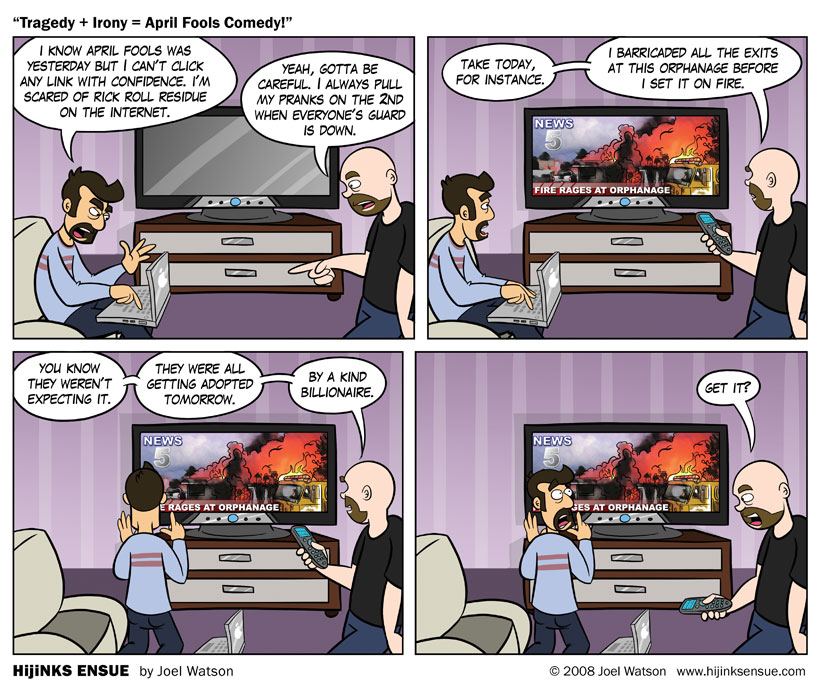 Multiply that equation by “orphans” and you have a recipe for hilarity.

Josh is basically a monster. More like Charlise Theron (in that movie), than say like Mothra or Nancy Grace. I don’t think he would actually burn orphans alive, but I doubt he would go out of his way to stop it from happening. Like if he saw the orphanage a blaze, but the phone was “all the way over there.” Well, then you got yourself some teriyaki orphans. Oh, forsaken children, when will you STOP being funny? My sides can’t take it.

I’m into my second week of full time comic’ing. This is the first Wednesday strip I’ve ever done, and with promise of a Friday strip, this will be the first 3 comic week for me ever. I’m already behind on pretty much everything I had planned for the week, including THE STORE, THE DONATIONS PROGRAM, MORE SITE ENHANCEMENTS, THE MANIFESTO, THE PODCAST and THE VIDEO BLOG.

That’s a lot of items. If I am slow to respond to comments this week, don’t feel bad. I read EVERY SINGLE COMMENT that you post. You guys have been so encouraging since my announcement. I really do appreciate it.

Expect the Podcast later today (in 2 parts!). We have an interview with someone who worked with Joss Whedon on “Dr. Horrible’s Sing-a-Long Blog” for your geeky ears to devour.

Assignment 1: Name “The Experiment.” I’m fine with calling it just that, unless you have a better idea.

Assignment 2: Name yourselves. What are HE readers called? I’m leaning towards “The Fancy Bastards.” I am absolutely making a shirt for GYFB. 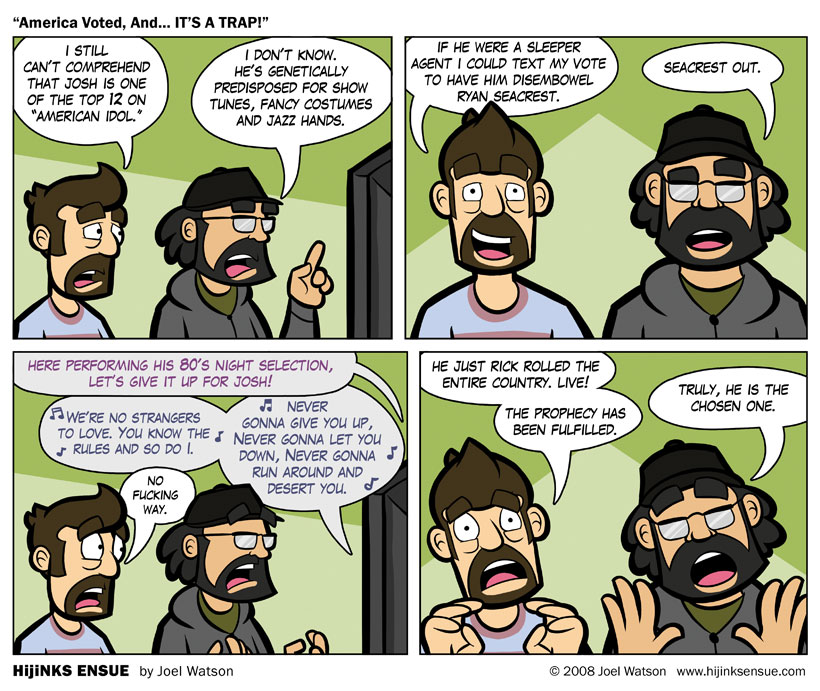