The 2013 DIGITAL FANCY SKETCH DRIVE is still going through the end of this week! Check out the details and order yours HERE. 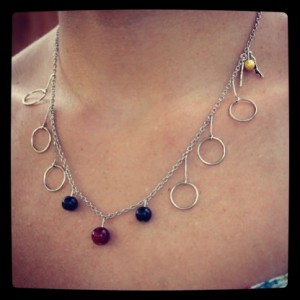 Surely the time is right for the Star Trek slash-fic rom-com – “Bonking Borg”?

Or perhaps, in these times of financial austerity, a look at life at the bottom of the financial ladder, where every loaf counts: “Banking Bread”?

Or a remake of the Monkees, charting life as an up and coming music group – “Breaking Band”?

An evil genius has hoisted an entire German spa town onto wheels and it is rapidly accelerating towards the Swiss. To prevent the outbreak of war, our hero is going to have to do all he can to stop it. Coming this fall: Braking Baden-Baden
Block IPDelete
Reply

There’s a bloody war among the rams and ewes, and finally, through all the turmoil, out arises the new monarch: Great King Baa.
Block IPDelete
Reply

An 80 year old grandmother, is forced to reexamine her life when her entire small town gets dysentery … there’s only one way she knows to stop the impending shit storm. This fall, granny’s got the cure: Baking Bran
Block IPDelete
Reply

A trendy new trend breaks out this fall as trees begin to drop their leaves. Make sure to tune into Raking Fad.
Block IPDelete
Reply

Winter is coming!! Tune into HBO’s Game of Thrones spinoff throwback to the founders of House Stark – Brrr!! Aching Back!!
Block IPDelete
Reply

Sesame Street has fallen on hard times. To get by, Big Bird has to take up a hard hat and join the local construction company. Bricking Bird!
Block IPDelete
Reply

Walt Jr. discovers his father’s evil ways and runs off to the scrapyard. There, he builds a prototype replacement father. MAKING DAD, this Fall.

In a shocking twist, Walt reveals that he has been on a deep undercover assignment for the DEA and Hank. His tale is told in the new web series FAKING BAD.

Walt and Jesse give up cooking meth and go on the run to New York City. They rent a small apartment, where they perform comedy skits. This Spring, enjoy YUCKING PAD.

After his robot dad fails to impress, Walt Jr. runs away to the airport and catches a flight to China. However, an accident in space/time hurls him into the past. Alone, Jr. must learn to survive on the mean streets of the Chinese capital in 1983 as the PEKING LAD. (this one got away from me…)