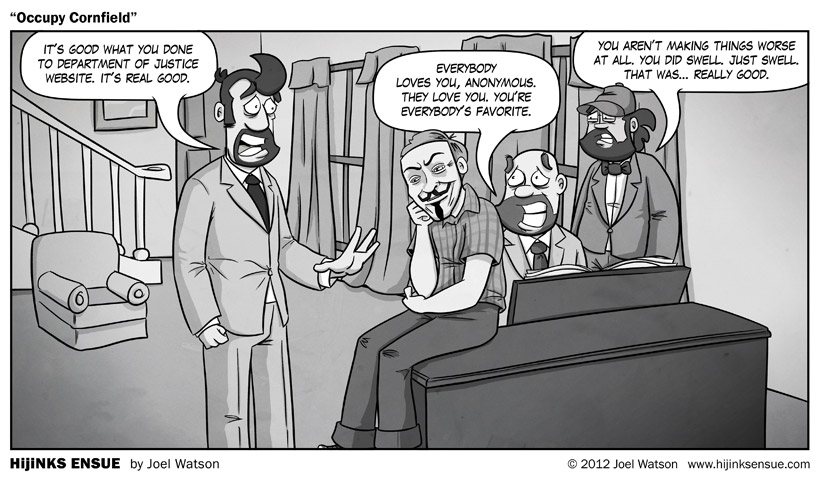 COMMENTERS: Hey, talk about what ever you like knowing that I neither endorse or refute any claims you may make, express or otherwise imply regarding the alleged actions of any online hacker organizations. 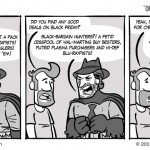 I guess Frank Miller views the Internet as one big, rickety porch he can sit on, balling his fists and shaking a rake at “those damn kids” while incomprehensibly ranting heavenward about “rapists” and “whores,” and “Islamicism,” and “lawns,” “getting off of said lawns” and “all the XBox’ing.” It’s a shame when you have to reevaluate your respect for art when you find out the artist is a bit of a deranged, racist prick. I suppose Frank Miller’s more d-bagged tendencies are well know throughout those that follow comics proper. I was well aware of his “influential comics dude” status, but more so with his name being attached to movies that I rather enjoyed. Maybe each of his adapted works should include an asterisk after his name.

Frank Miller’s* Sin City
*That guy is a cantankerous fuck

COMMENTERS: Feel free to post your general thoughts on Frank Miller’s OWS rant. Is it harder to enjoy art when you learn the creator is a rapist, thieving lout… I mean, an asshole? 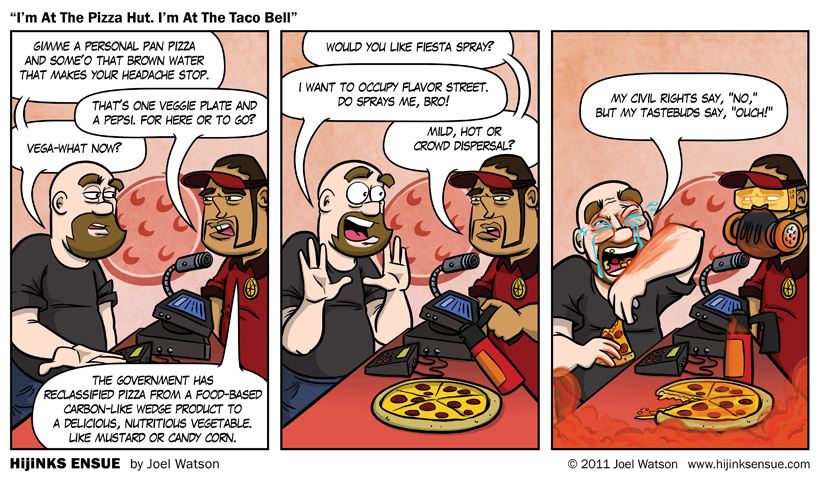 Pizza is a vegetable, pepper spray is a food product, rubber bullets are legumes and tear gas is just really enthusiastic onions.

COMMENTERS: Please find more “healthy” foods and weapons to put a “positive spin” on. Jelly doughnuts are fruit, tacos are salad boats with optional meat and a sniper rifle fired through a can of cheeze-whiz is a your recommended daily dose of dairy. 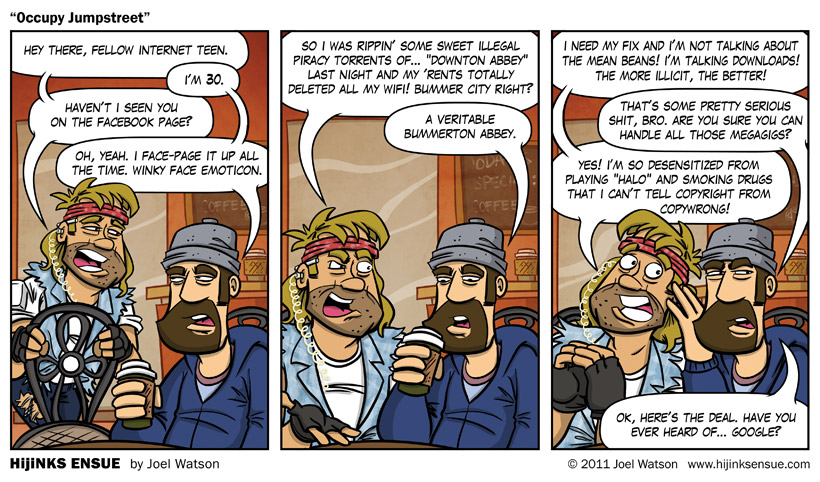 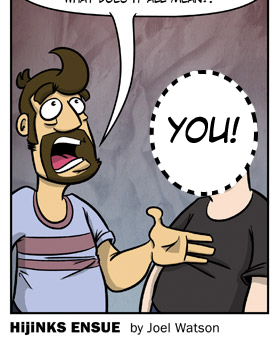 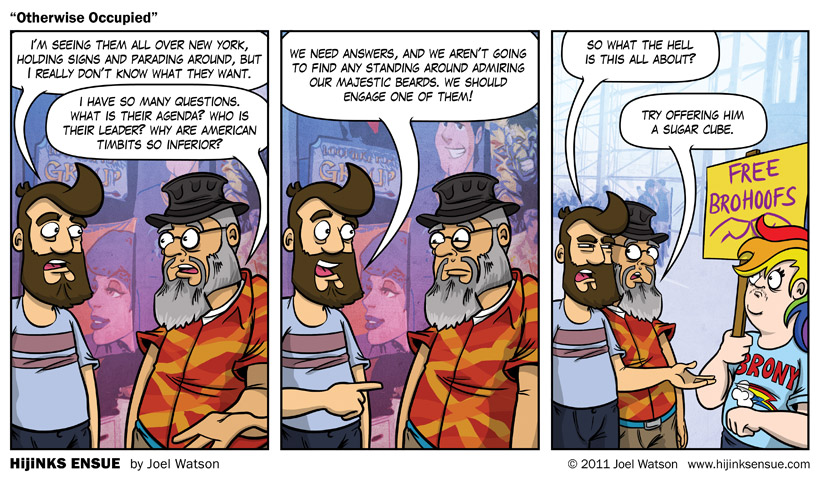