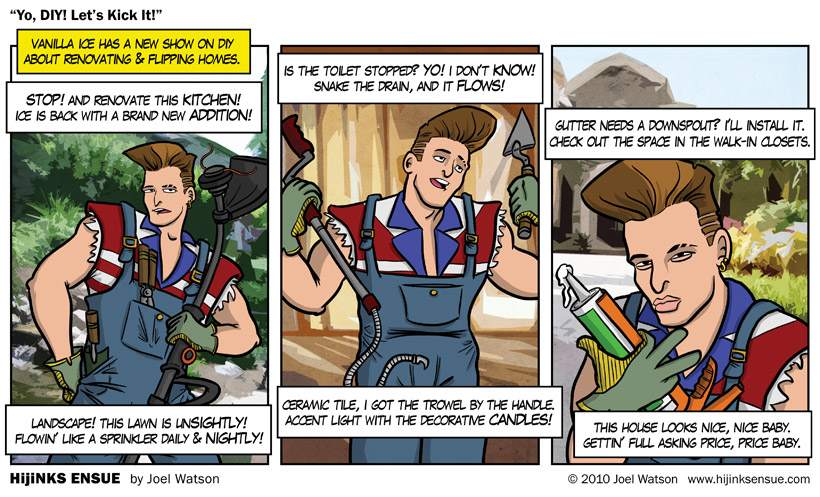 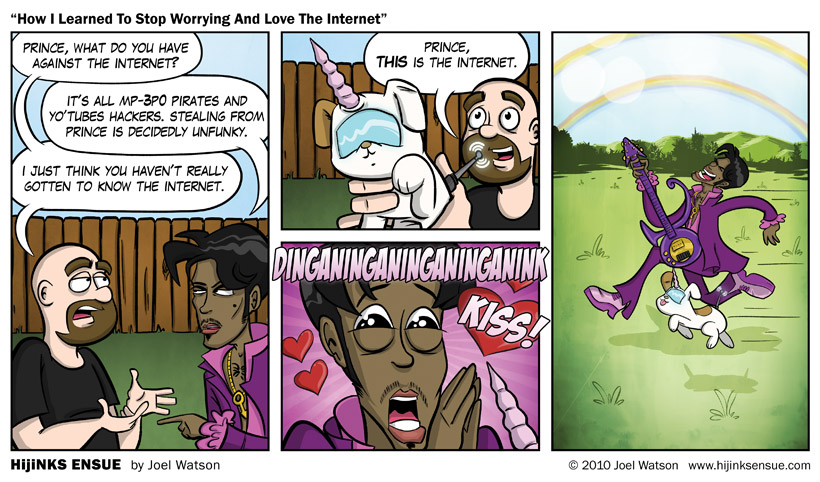 That’s it Prince. Prance your princely prance with the Internet. Know it. Love it. Roll around in the fields of wildflowers with it. Oh… uh, don’t touch it there. It’s totally got the herpes. It’s also just lousy with porns.

The background of panel 3 was inspired by THIS which also inspired THIS [which is amazing].