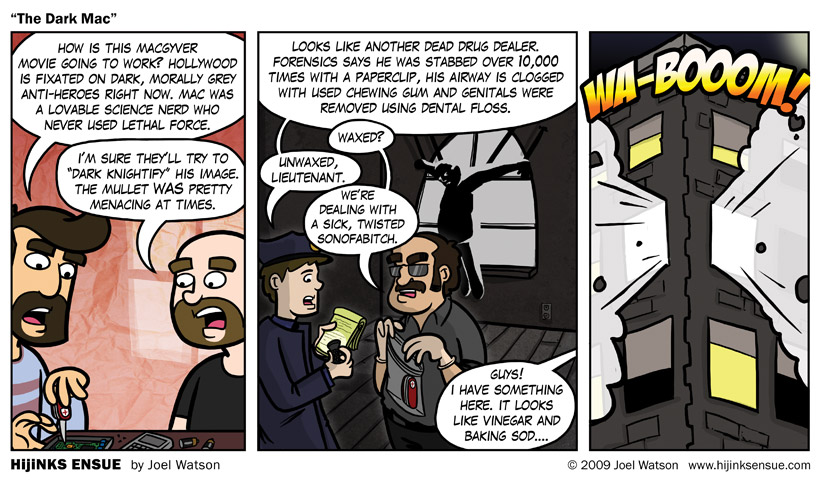 Buh. The “I wish Hollywood would stop forcibly penetrating my childhood” argument is just moot at this point. “This has all happened before and it will all happen again” is the film industry’s mantra. Macgyer was one of the TV cornerstones of my young geek development. Much like TNG, Mac taught me improvisational problem solving and brains over brawn. I don’t know if they meant the show to be educational/developmental, but that’s what I took from it. Mac was like Mr. Rogers with an airplane made of bamboo and duct tape. Also a mullet. Never forget the mullet.

Also, remember when Mac went back to medieval times? That was awesome.

So, FB’s, how about we cast this movie? If any of you say “Shia Thebeaf” I’m going to murder you with a quickly improvised weapon involving a tube sock, silly putty and an 8-track tape. Share your ideas for the premise, how it might tie into the original and what “inventions to get out of sticky situations” he might build using more modern items.