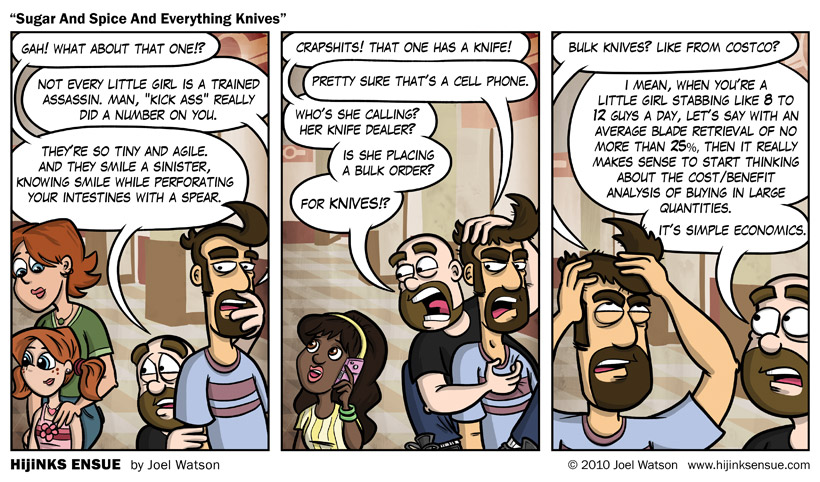 MINOR KICK ASS SPOILERS!!!
I mentioned this on Twitter, but at no point during Kick Ass does the titular character actually kick anyone’s ass. He wails on a few guys with his Ass-Batons (I assume he uses that naming convention, as in “Bat-A-Rang” and “Spider-Roomba”), but they are all able to flee the scene asses quit intact. It could be argued that the mutual KO between Mr. Ass and a particular villain during the climactic battle of the film is an “ass kicking,” though I would suggest the double lights-out was more of a mistake on each participants part that any sort of intentional ass-kickery. END_OF_DOCUMENT_TOKEN_TO_BE_REPLACED