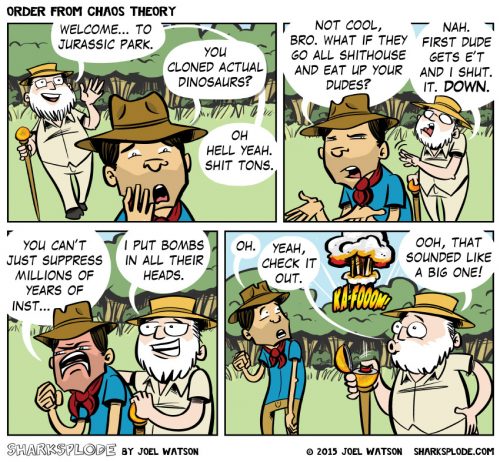 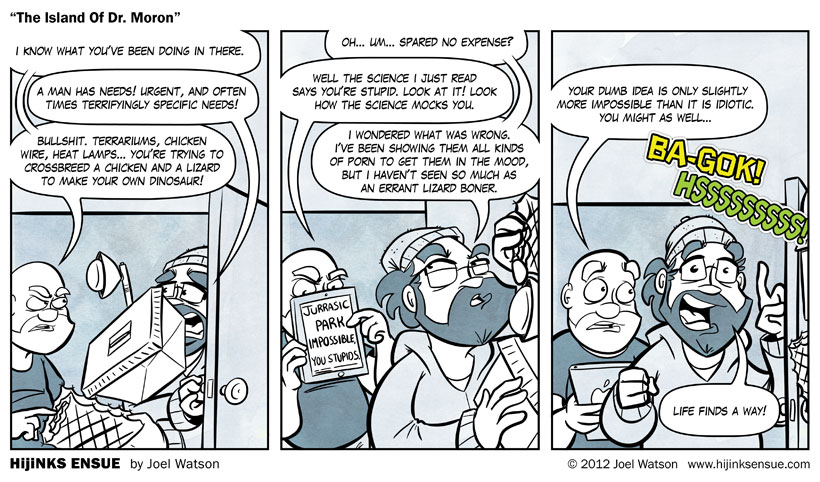 [Sorry for the lack of color in the comic. I have to be at a convention in a few hours and I very much need to be asleep for exactly all few of those aforementioned hours.]

FINALLY! Science debunks at least SOMETHING about the flawless science in Jurassic Park. I knew there had to be a hole in that airtight “we injected dinorsaur blood into frogs or whatever OH SHIT RAPTORS FOREVER WE’RE ALL DEAD!” plot. Despite these new findings, I am pretty certain the movie got one thing exactly right. A Triceratops (which may or may not have actually been a real thing) takes a HUGE shit.

If you are waiting on a sketch from the Fancy Sketch Drive, I am working on them all weekend while at the con and will be shipping out a whole heeping ton of them next week. Sorry for the delay. 100+ commissioned drawings was an ambitious undertaking.

If you are waiting on a Lil’ Wil Wheaton Plushie, I have received word that they are on schedule to begin shipping in November. More info as I know…fo. 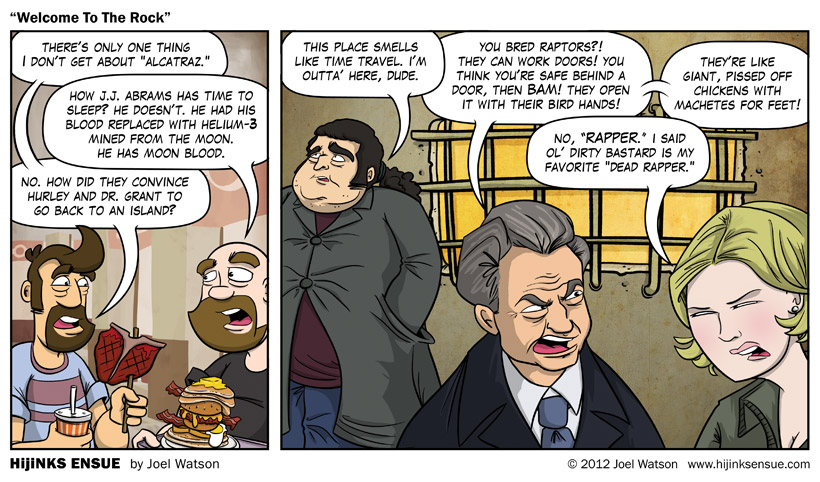 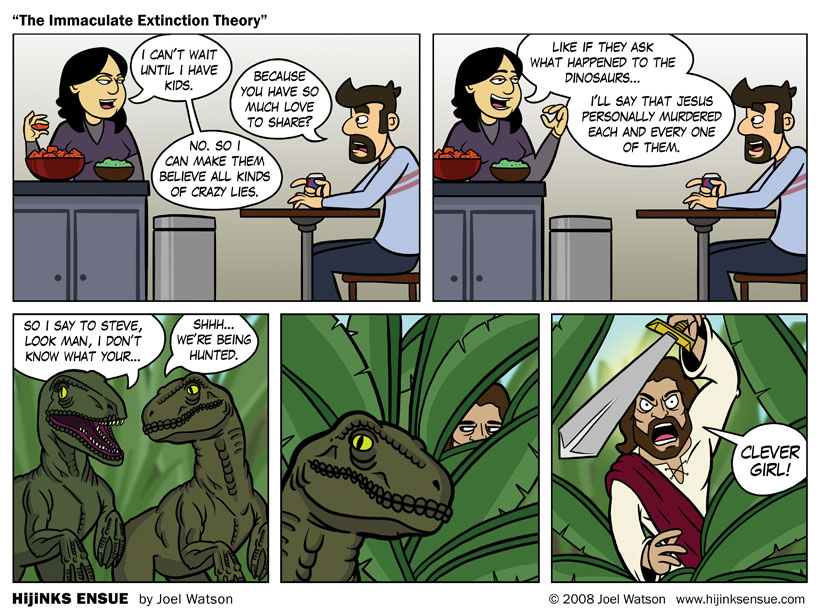 Hereterrific? Heretacular? Either way, this is a church I would join. It’s like Christianity meets Turok, meets “Kill Bill.”

Denise unwittingly inspired today’s comic by sharing this image with me.  It reminded me of a book I had as a child called “Dinosaurs and the Bible.” It was sort of like “batshit nuts propaganda for kids.” It explained how a few vague passages of scripture, a painting or two and a poem here and there proved that dinosaurs only died out about 3000 years ago. Dinosaurs were in the garden of Eden (please make this into a movie), and were on the Ark, and so forth and so on.

I encourage you to excercise your right to worship as you please, believe as you wish and whistle while you work, but if you think the entirty of Earth’s history fits into a neat little 6000 year span, you should probably stop reading this and (to paraphrase the poet) “go pound nails in your dick.”

My wife had a “science” text book at her private school that offered the idea that God put the dinosaur bones in the earth to test our faith. It also suggested that carbon dating was not to be trusted. I’m sure they had issues with the “theory” of gravity too. I believe we stick to the Earth because our hair is so heavy. That’s why bald people can fly. Look it up.

Intense Debate is having problems and I’m not getting comment notifications via email right now. 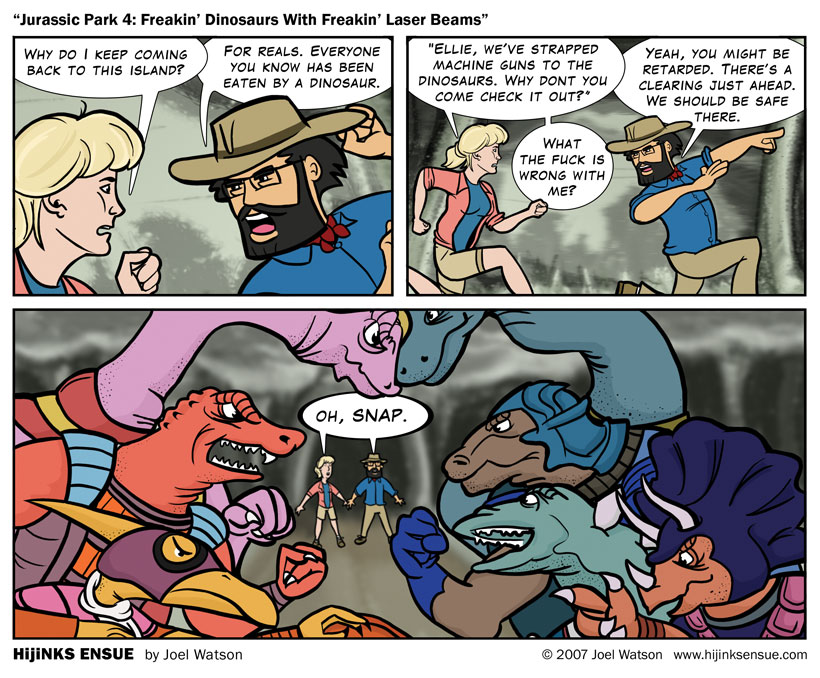