Getting over the worst thanksgiving ever. First the baby had a stomach flu, then my wife and I caught it. I literally slept for ALL of Saturday. Not yet sure how that’s going to affect you all getting a new comic tomorrow.  Glad to be rid this weekend.

Vote for HE on the Joystiq webcomic wrapup if you are so inclined.

(I’m assuming too much. What I’m asking is that you go vote for Hijinks Ensue on Joystiq’s Weekly Wigwom Wappuh.

The strip is call “Thoughts on Cake.” Let your voice be heard through your mighty clicks. )

Also, theres a mail list you can sign up for, check out the sidebar.  It’s a pretty cool little deal where every Friday you will get an email with a summary of all the comics and blogs posts made that week. Try it out and let me know what you think.

The Wiimo strip is up on the Joystiq Weekely Webwang or whatever.

Check it out and vote! 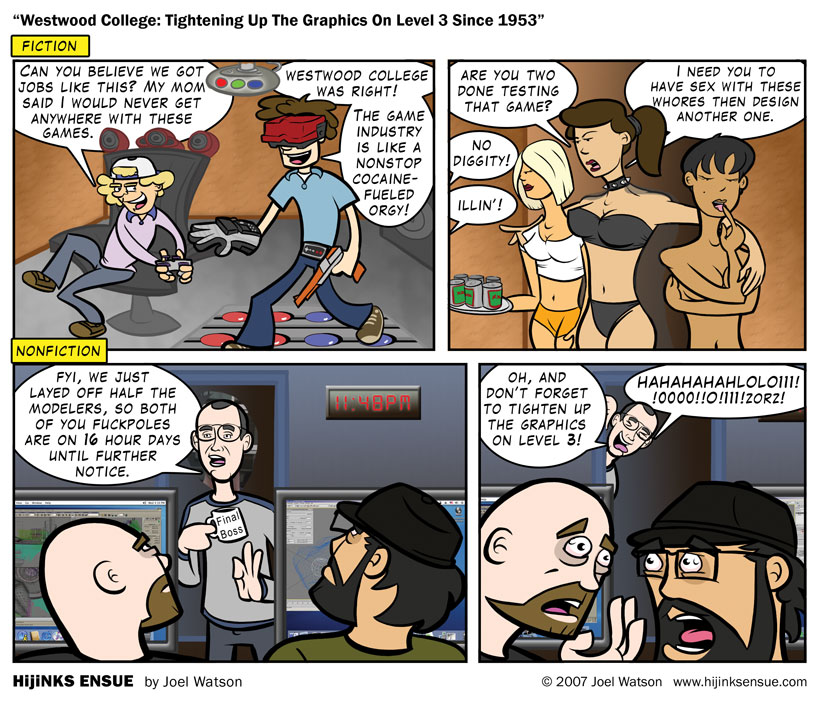 Can you win a contest 2 years before it is announced?

Joystiq announced a Sony Contest where a lucky Kratos Cosplayer will win a PSP.

I suggest they check their internets, for when they do they will realize a victor has already been chosen. 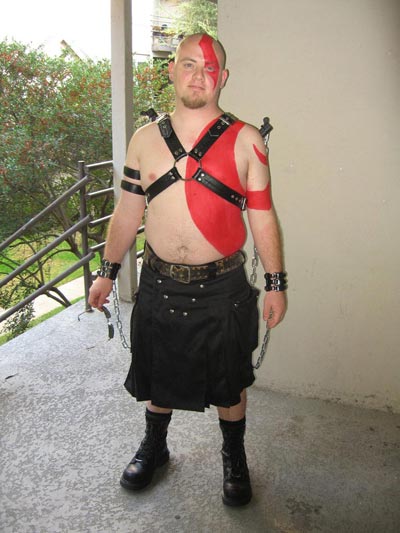