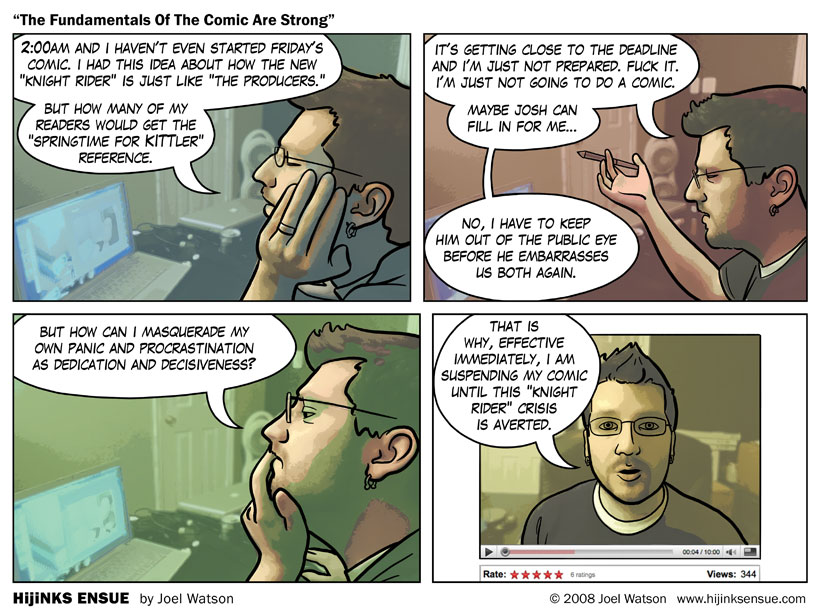 Of course, by that I mean the Macbook Pro and the Wacom Cintiq tablet I use to create the comic are functioning well within their operating parameters. What did you think I meant?

If you’re feeling presidential you might as well drape yourself in one of these lovely Laura Roslin For President shirts: 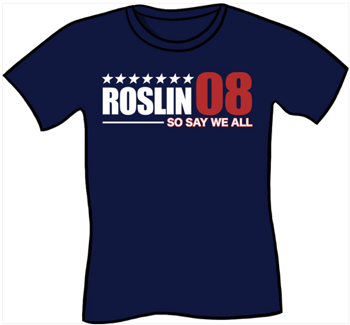 It would certainly help alleviate my imminent financial meltdown. If American can’t win, it might as well be me? Right? 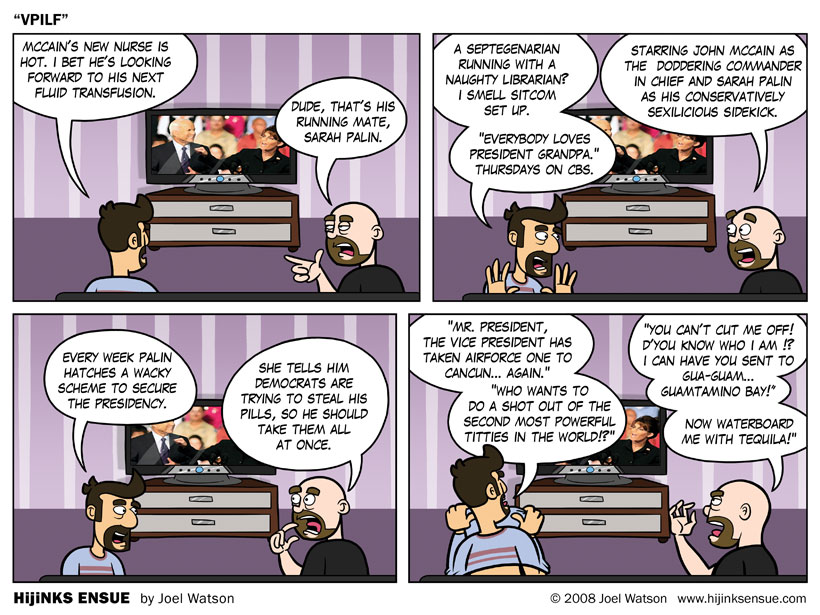