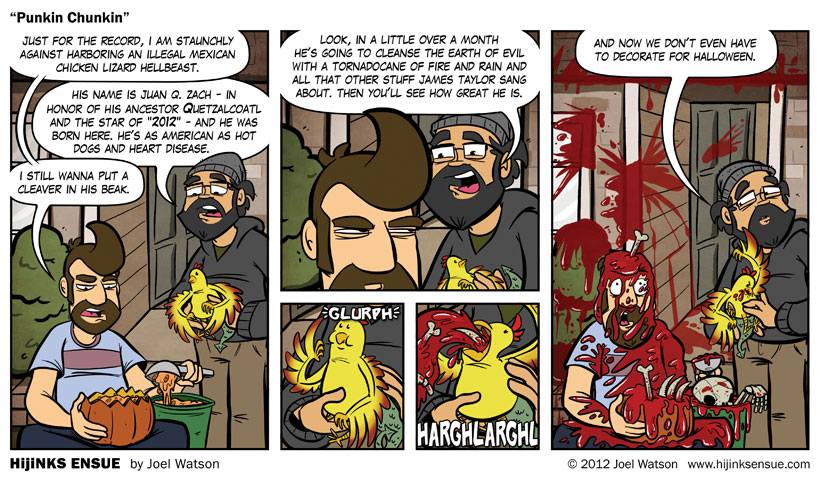 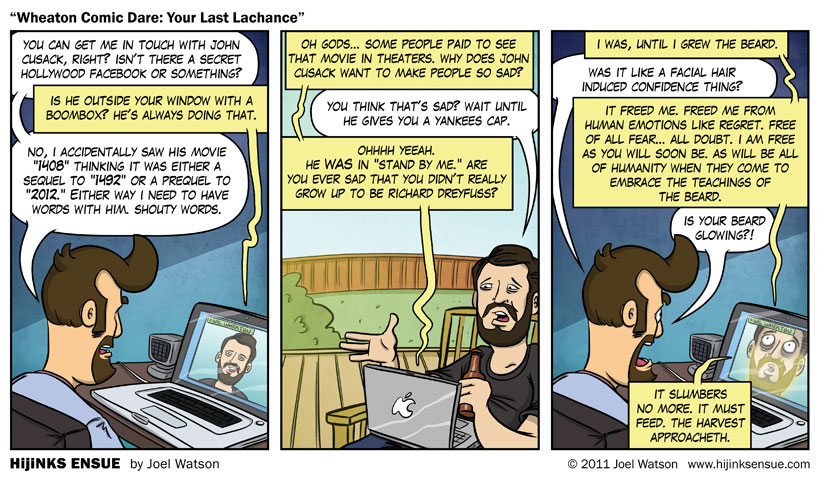 Wil Wheaton wields a power most terrible. The power to dare me to turn Tweets into comics. Should you fear this power? Most definitely. More than you fear the awakening of The Beard? Probably not. That sounds like bad news for everybody.

I somehow found myself watching John Cusack in 1408 a couple of nights ago, and I may never forgive… well anyone. It seems that when Cusack makes movies with numbers for titles we are all made to suffer.

COMMENTERS: Will you submit to the will of The Beard? Do you think you have any choice in the matter? SPOILERS: You don’t.