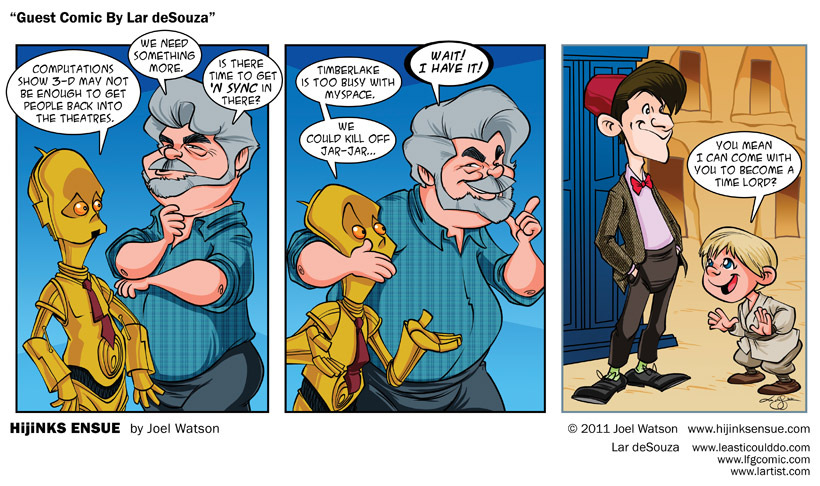 JoCo Cruise Crazy II guest week starts now! I will be on a boat all week with about half of the Internet and a dozen or so of my close friends and at least a handful of my creative heroes, and YOU sent me there with your generous participation in my fundraiser! So, thanks for that. What a swell lady or gent or undefinable organism you are. I will karaoke “Come Sail Away” by Styx in your honor. Was I being too presumptuous in classifying you as an organism? I’m trying to be sensitive but at this point I will have been drinking rum punches with dolphins for several days and I should not be held responsible for… well, anything. Of course I am technically writing this the Thursday before I leave, so… now my eyes have gone cross. RUM PUNCH STAT!

It is a safe bet that you aren’t Lar deSouza, which is to say I am not as fond of you as I am of Lar deSouza because I AM SUPER FOND OF LAR DESOUZA! He is essentially the greatest guy. Completely disregarding the fact that he can draw EVERYTHING in nearly any style or configuration, have it look amazing and somehow seem effortless – disregarding all of that – he is one of the most genuine, sweet men I am ever met. Let’s see, you got the talent. You got the sweetness. You got the MIGHTY MIGHTY beard. You got the penchant for wearing fezzes and various other novelty chapeaus. He really has it all… ladies. Also he has a wife… ladies. So whatever you’re thinking… he is probably totally cool with you thinking it AS HARD AS YOU CAN. Maybe even email him some pictures of what you’re thinking of.

Lar was kind enough to contribute a comic for Cruise Guest week, but introduced him to Jonathan Frakes, so that makes us even essentially forever. You can see Lar’s work on Least I Could Do, Looking For Group, on Twitter and you can buy some pretty fantastic prints in his store. I personally recommend this one of all 11 Doctors as bunnies because… well did you read the thing about Doctors and bunnies? I know, right?

COMMENTERS: Perhaps The Doctor is our only hope against The Phantom Menace in 3D. How could he make the movie, nay, the whole prequel trilogy more palatable? 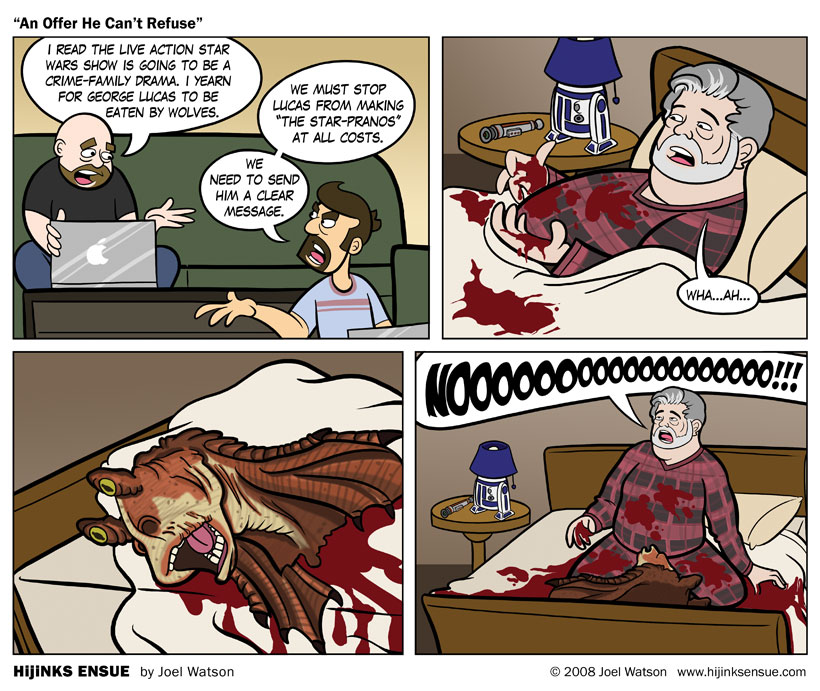