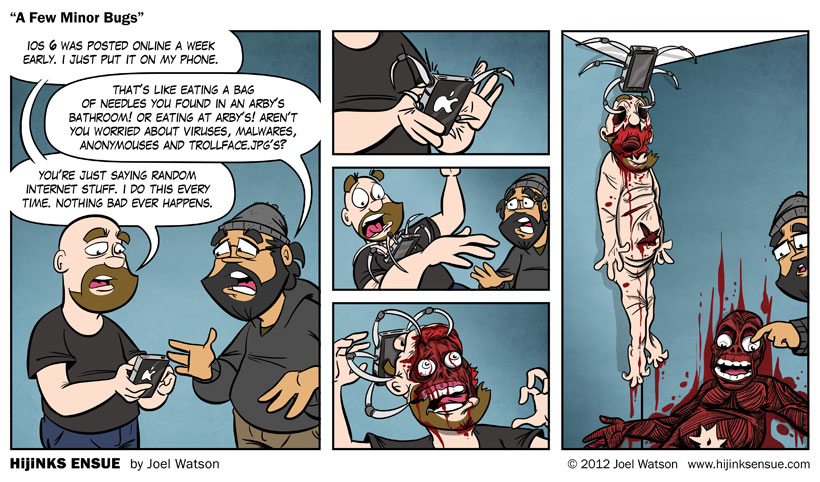 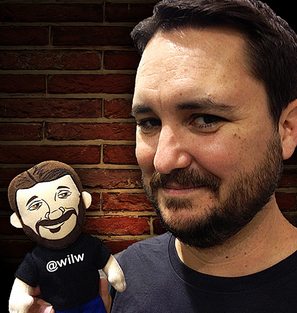 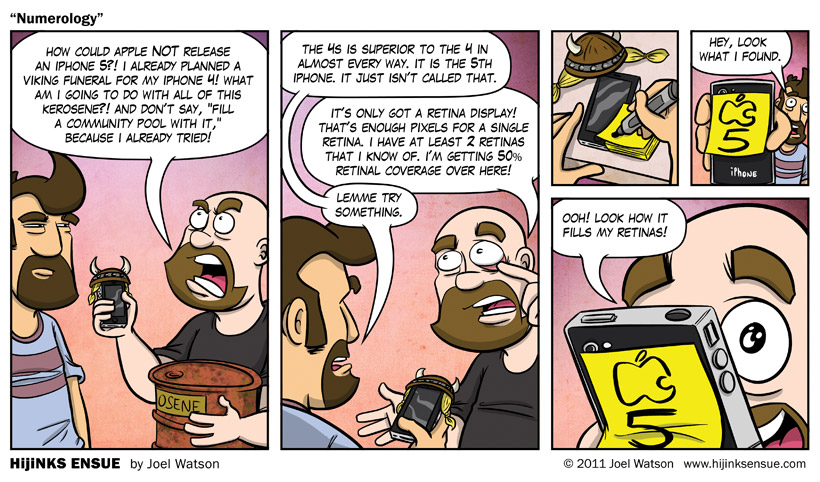 [posted 10/7/11] I had this comic written and half drawn when I got the hospital to visit my friend Mikey on Wednesday night. It was about 7:30pm and I had been away from a computer or Twitter for 2 hours or so. I get into Mikey’s room we start talking about his treatment, and his projects at work. “Yeah, and now that Steve Jobs is dead…” comes out of his mouth in the middle of our conversation. That’s a weird way to get the news. Anyway, I decided to hold the comic until after I posted a tribute strip [HERE] and people had a few days to process the his passing. So here’s my snarky commentary about the hypnotic powers of numbers being added to the names of things. Enjoy.

COMMENTERS: Are you upgrading to the iPhone 4s? Are you disappointed it isn’t a completely redesigned iPhone 5? Do you think any key features are missing or that people should just be grateful for their magical future phones? Also, WTF is going on with cellular, txt and data pricing? Txt msg’ing is a completely obsolete technology that just keeps getting MORE AND MORE EXPENSIVE for LESS AND LESS service. My first phone came with 3000 minutes, unlimited nights and weekends and something like 500 txts included for $35. Now plans with under 500 minutes, no txting and a few GB of capped data run over $100. WTFFFF? 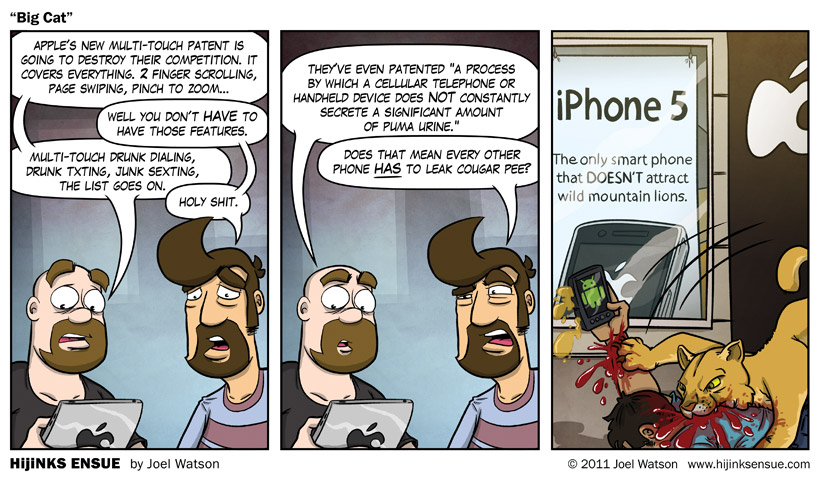 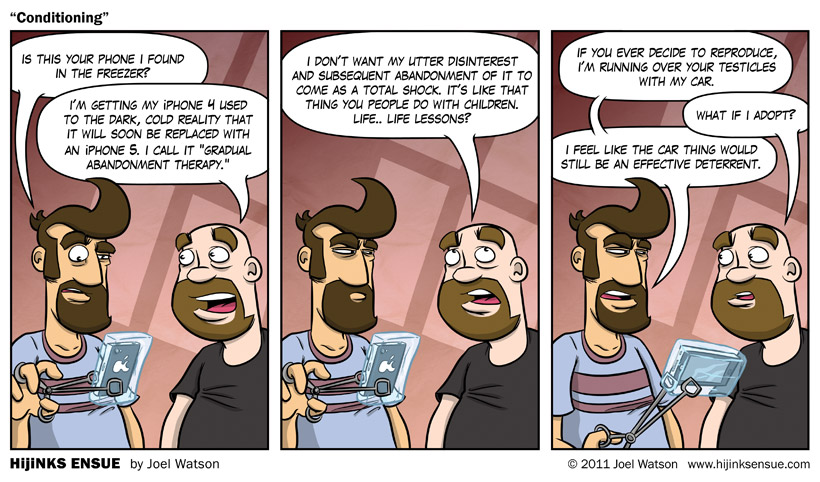 Wil Wheaton and I got excited and made a thing! Check out our Gallifrey University Fighting Time Lords Shirt which you can purchase now over at Sharksplode. You can read more about it on Wheaton’s Tumblr and the Sharksplode Blogsplode. Splode. You can also get (almost) all Sharksplode shirt designs in sizes up to 5X as of today.

PHOENIX COMICON IS THIS WEEKEND!!! I will be there with Kel McDonald at table 241. WHEATON and I may actually have one or two of our Gallifrey University shirts to show you and Wil will (will) have prints of the design at his table to sign for you.

I am closing out some current t-shirt and print designs. Please check out this blog post since the stuff on closeout probably won’t be available again any time soon.

The comic schedule is going into “Convention Panic” mode. I hope this isn’t the last comic of the week, but it might be. I will be leaving for Phoenix tomorrow, getting back Monday afternoon then leaving again on Thursday for Heroes Con in Charlotte, NC. I’ll be taking that week off (despite working/travelling/conventioning all week) for my 30th Birthday. I have some great guest comics lined up that I am positive you will enjoy.

COMMENTERS: How else might Josh teach his soon-to-be-abandoned gadgets the harsh realities of the world?