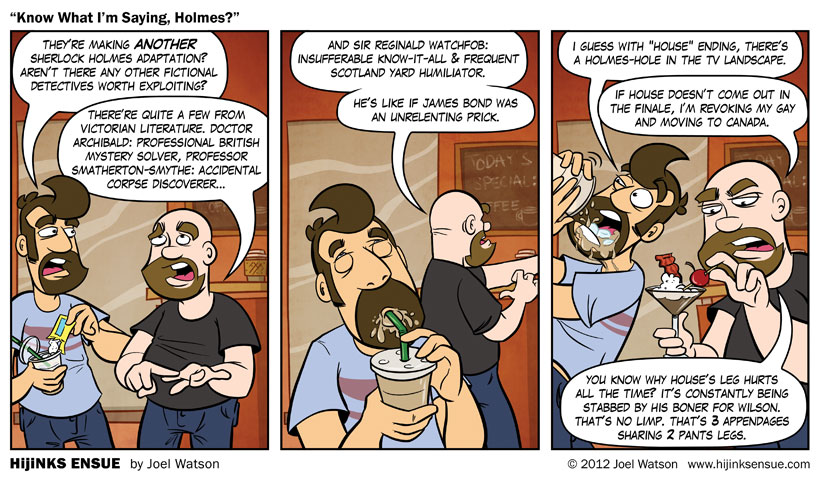 Here’s another stand alone to break up the continuity before the next mini story arc. Read more about the new direction I am taking the comic in and how you can help HERE if you haven’t already.

I am giving T-shirt ads in the posts a rest for a couple of weeks while I make some new ones, but why not check out The HE Store anyway? It’s still there.

Professional Science Doers project that by 2020 we will have moved to an entirely Sherlock Holmes-based entertainment society. Between House, Moffat’s Sherlock, Robert Downey Jr.’s steampunk bromance with Jude Law, and the new CBS Holmes series, Elementary, I just don’t see any way out of this inevitability. I say we all start investing in double-brimmed caps, pipes, magnifying glasses and cocaine before the crowd gets wind of this. And yes, I am counting any and all modern iterations of Jekyll And Hyde in this equation for obvious reasons. Or rather, for what are OBVIOUSLY reasons. Reasons that I have. Reasons that you should not question. Reasons involving scarves.

COMMENTERS: Do we need a new Holmes-boy, or is one Sherlock enough? Any thoughts on the upcoming House series finale? How are you hoping it will resolve? Personally I’m glad it’s ending now rather than dragging for another year. This last season really felt like a running start towards the shark with strong intent to jump. Otherwise, please make up more silly British detective names. 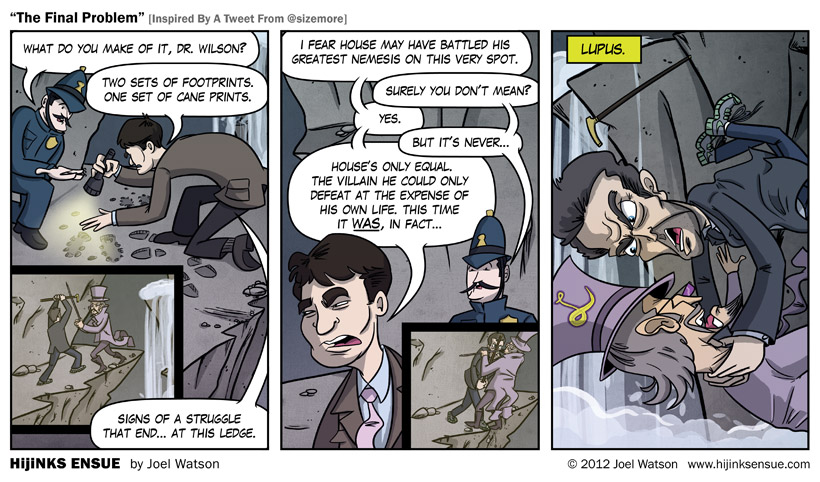