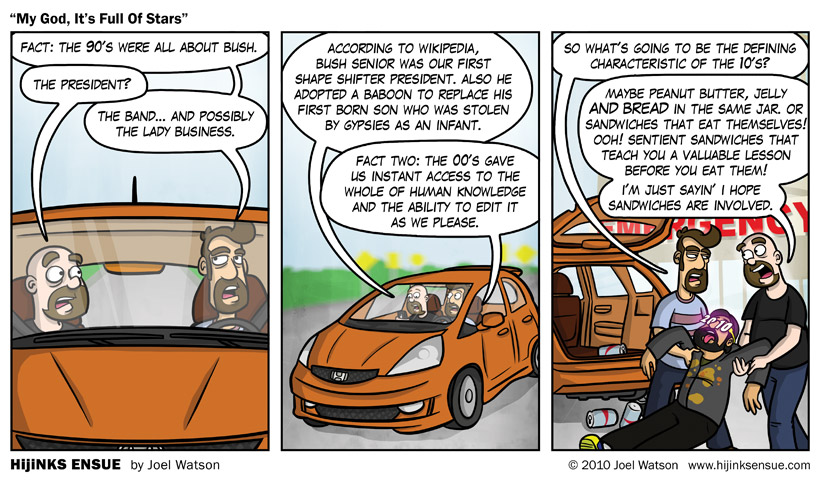 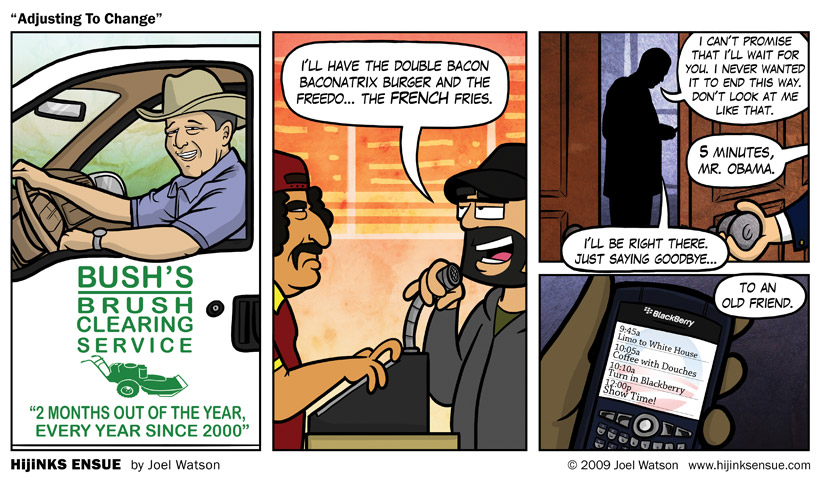 At Noon today, Barack Obama will be sworn in as our 44th president. At 9pm he’ll delete the “Walker, Texas Ranger” season pass from the White House Tivo.

Oh, and just to clarify, Bush spent and average of 2 months clearing brush each year at his Crawford, TX ranch, but he spent and average of 4 months total on vacation each year that he was in office. That’s roughly a month shy of 1000 days of vacation in 8 years. What can I say? Don’t let the big white doors hit you in the ass on the way out, W.