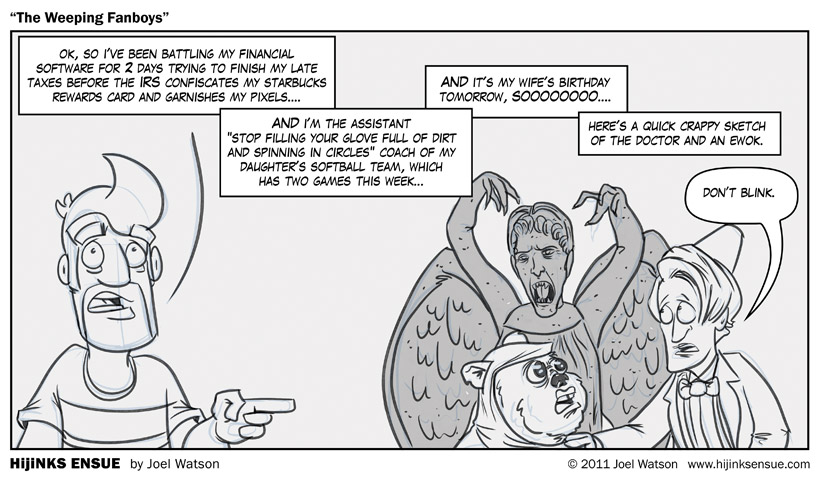 Thanks for understanding guys. I am just swamped right now. There will be a proper new comic tomorrow.

COMMENTERS: I assume many of you bought the Star Wars Blu Rays. Feel free to express your opinions, positive, negative or neutral, in the comments. 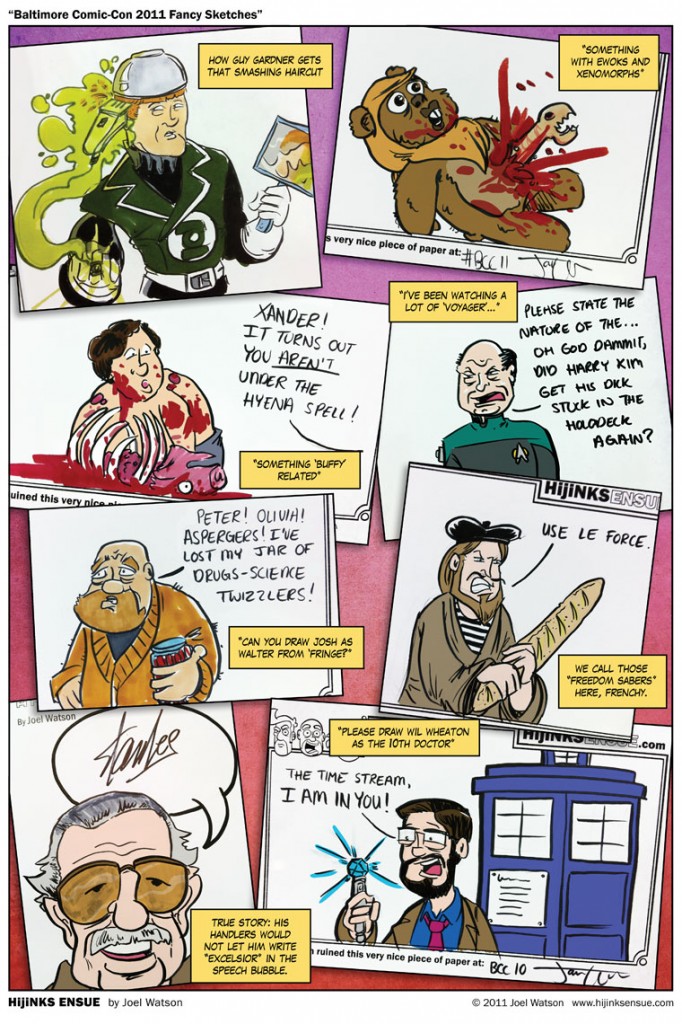 Baltimore comic-con was a blast, and not the kind where I get shot in the chest and die in my partner’s arms forcing him to avenge me and clean up the mean streets at the same time. Honestly, I had intended to this to be my last year due to slumping sales from 2009 to 2010 but the Fancy Bastards came out in force and made it one of my best cons of the year. Thanks! Special ultimate thanks go to FB’s Adam and Casey for hosting me all weekend, driving me around, and throwing me a wonderful party/FB Meetup and to FB Alex for being my booth babe at the convention. Additional thanks to all of the FB’s who came the meetup. We had burgers, hotdogs, drinks, shitty movies and good times in excess of the legal limit as stipulated by Maryland municipal code. See you next year for BatliMORE! [get it?] #imsorry #dontshootme #iknowyouhaveguns 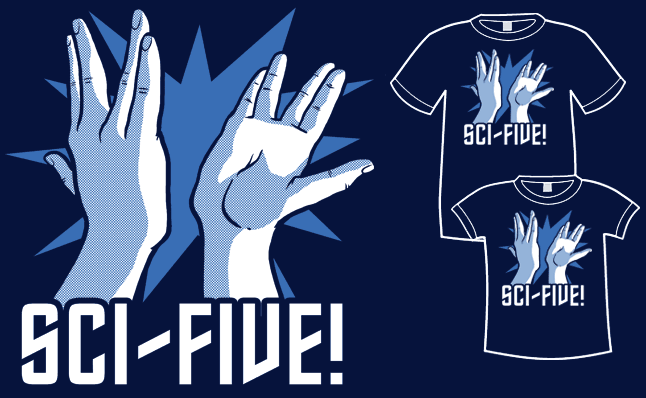 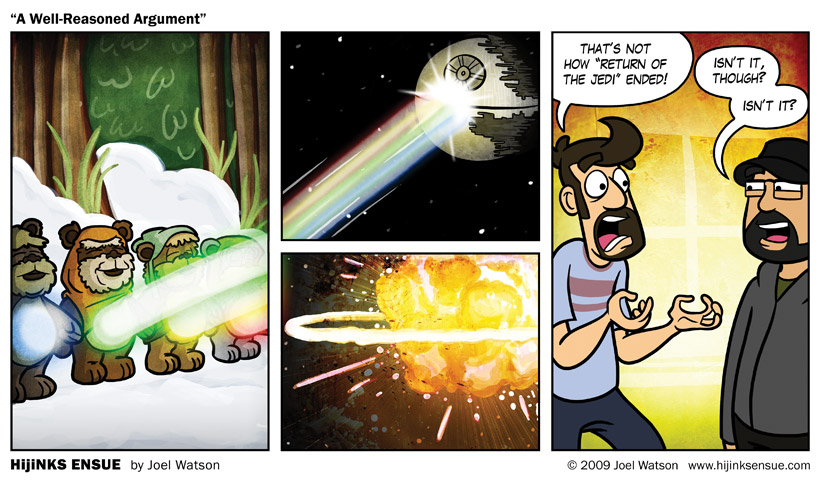 UPDATE: This comic was somehow turned into a shirt by space wizards with laser swords!

CHECK IT OUT IN THE STORE!

This idea has been stuck in my brain hole for a couple of months. I had to purge it lest I spend another night waking up in cold sweats screaming, “THE EWOKS! THEY ARE LIKE CARE BEARS! HAHAHAHAHAHAHAH! I CAN TASTE INSANITY AND IT TASTES LIKE SUNNY D!”

So, enjoy if you can. Otherwise wait and there will be another comic in it’s place eventually.

UPDATE: There’s a desktop based on this comic in The Vault now