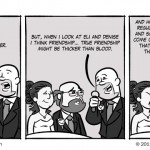 Josh seems to have recovered nicely from his momentary transformation. The Eli and Denise wedding saga is concluded! Now let’s never speak of it again!
[Continuity is the enemy. It burrrrrns usssssss…] 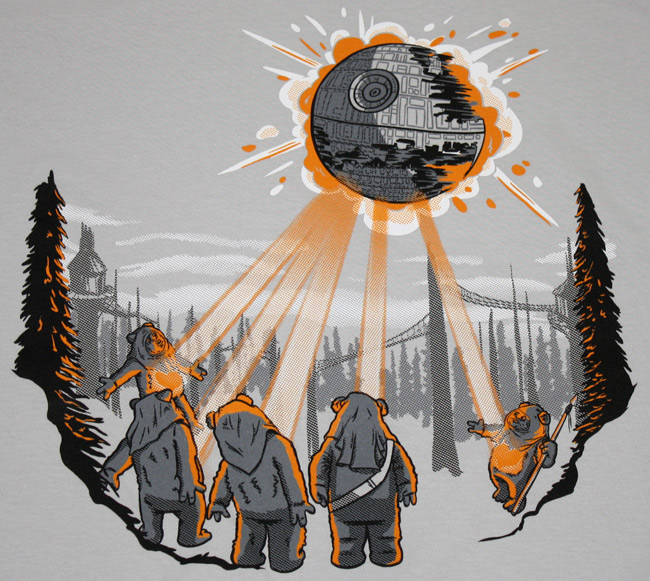 COMMENTERS: Josh IRL’s actual best man speech did involve the true story of when Eli asked Josh to bring certain specific pornographies back from his trip to Germany. If comic Josh was toasting comic Eli and Denise, what other tidbits, and tributes might his speech include? 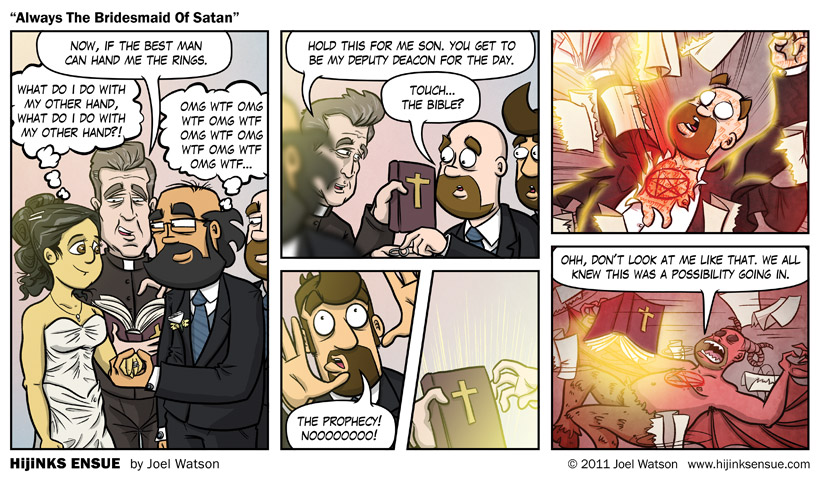 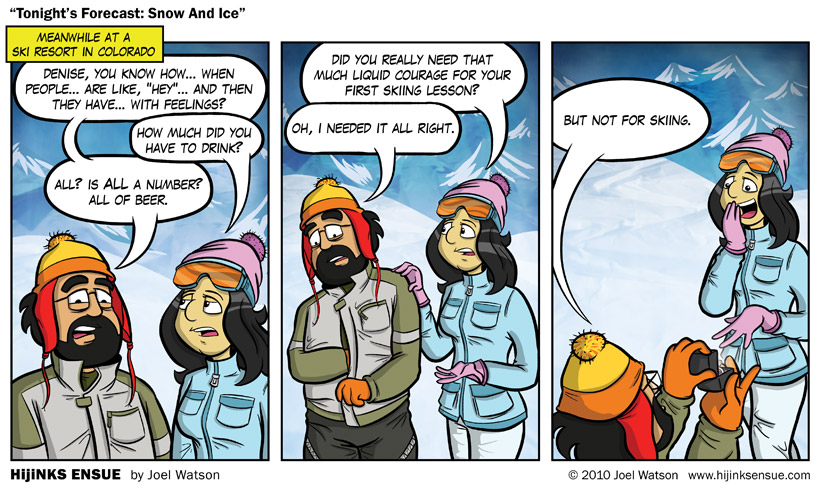 Yep. That really just happened. For “IRL” reals, even.

A moment later 100 white doves burst into the sky each doing an air guitar rendition of “Eruption” by Van Halen while swarms of hawks painted like the jets from Top Gun picked them off one by one mid-air. A team of sled dogs pulled a polar bear with a flame thrower as he burned “WILLGHFHYOUHFGAUEGQ AIFHMARRYJIAJDHGAHHHH” into the side of the resort (because polar bears can’t spell very well, much less do they have the fine motor control to write legibly with a flame thrower). But the sentiment was beautiful, none the less. END_OF_DOCUMENT_TOKEN_TO_BE_REPLACED 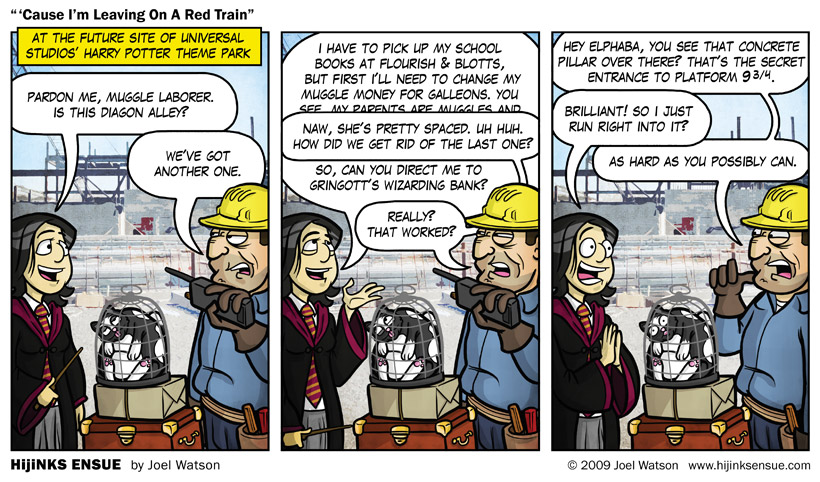 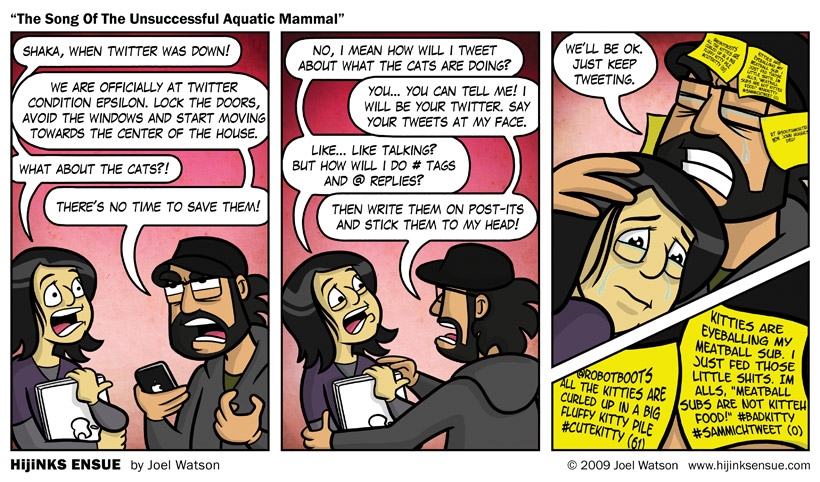 UPDATE 9/19/09: Thanks to @Alyssa_Milano for sharing this comic with her Tweeps. If you dig the comic and would like to follow me on Twitter, please do.

[reddit-me]Ironically, Eli and Denise died in a murder/suicide pact moments before Twitter came back online.

So I guess Twitter got attacked by killbots or something yesterday morning. I was asleep until 10am (having stayed up working until 4am the previous night), so I didn’t notice. [Follow me on Twitter, if you want]

Read up on Darmok and the Tamaraians if panel one is confusing at all.

UPDATE ON THE BOOK PRESALE! As of this posting there are only about 10 Ultimate Fancy Editions left!

Seeing as how the Ultimate Fancies are all but sold out, I can officially announce that the preorders for the 150 UF editions have completely paid for the full print run of 1000 copies of HijiNKS Ensue Vol 1: Godspeed, You Fancy Bastard. Thank you all so much for your constant support.