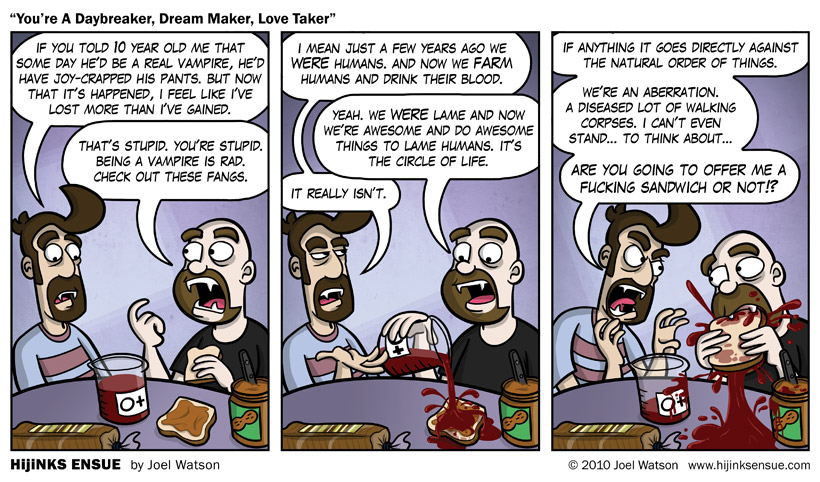 I’ll remain spoiler free but the “science” involved in the movie is vampdiculous. Ok, I guess I’ll remain MOSTLY spoiler free because I want to address a few things. The reason for the entire human race going vamp (and these are REAL vampires: no sunlight, no reflection, fangs, immortality, stake the hear, the whole 9) is referred to as as “outbreak” that “started with one bat.” This is the only explanation given and it’s fine for me. Any more time spent on the cause and you’d have a different movie. The problem for me was the time frame. Humanity began to convert (some by choice, some by force) only 10 years ago. Yet in just a decade the world has completely transformed to a stable, vampire-run society. END_OF_DOCUMENT_TOKEN_TO_BE_REPLACED