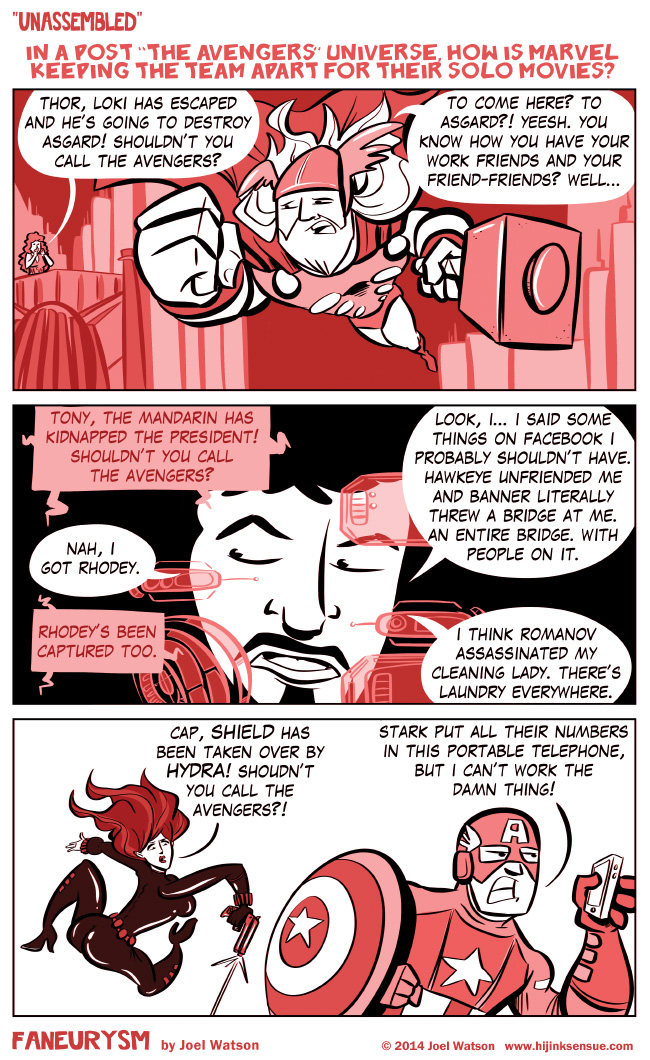 Super hero comics have a lot of problems when it comes to believable stories. Chief among them is when the there is a struggle and after all hope seems lost, the hero, or the hero’s weapon or the hero’s team is shown to be MASSIVELY powerful and effective in diffusing the villain or situation. Then the next time the hero or team faces a similar threat, they don’t just start with the final thing that worked the last time.

For instance, when you know one hero, let’s say Iron Man, wasn’t enough to get a job done on his own; that success was only achievable by putting ego aside and coming together with other heroes to form a team, then how do you ever go back to just doing shit on your own? When your contact list includes like 150 of the most powerful beings in the galaxy, how do you not call at least a couple of them whenever some nasty badness goes down? Have these guys not seen The Incredibles? There was a lesson!

This problem is occasionally solved by depowering a hero in some fashion, or knocking them completely out of commission while some lesser powered being takes over for them for a few months. Remember when Superman got turned into a blue energy guy for awhile? He’s really got it the worst when it comes to “too powerful to tell a believable story.” Before his powers were significantly reduced in The New 52, Superman could pretty much toss a planet around like a softball. He could have handled any problem thrown at him by any villain in under a minute. Until they depowered his body, they tried to keep him bound by his conscience. It made for good internal conflict I suppose, but in a world where Superman exists and the same villains are constantly killings 1000’s of people all the time with no ability to be contained and showing no signs of remorse, or of slowing down their reign of chaos he would just solve every problem the same way. Heat vision to the brain from orbit.

COMMENTERS: What superheroes do you think were too powerful, or at least shown to be crazy powerful, but then never seemed to use that power when it was most necessary? What about super heroes having their powers taken away? I nearly fell out of chair in 5th grade when Magneto ripped out Wolverine’s adamantium. I don’t think I could concentrate or eat lunch after that. Damn. 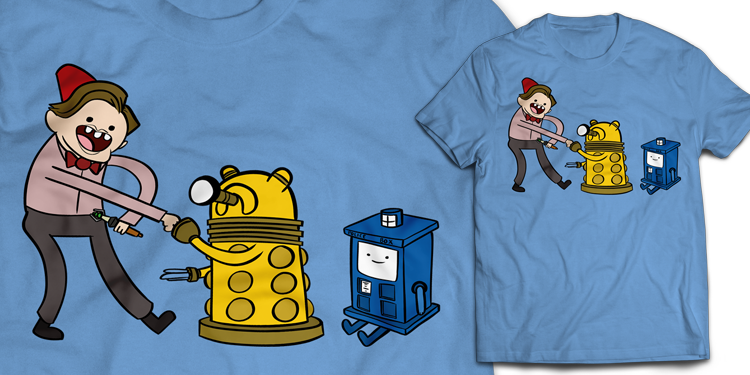