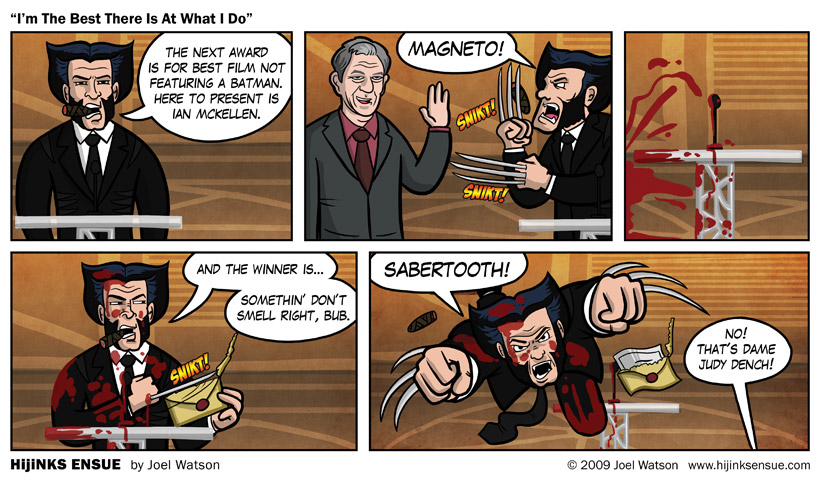 And what I do is hosting awards shows.

I didnt’t watched the Oscar’s last night, so I can only assume this is exactly what happened. The whole affair doesn’t hold that much interest for me. The show is typically long and boring and the movies I actually see in a given year either aren’t nominated or don’t win. It seems like a giant Hollywood wank-fest where all the actors pat each others backs (and dicks) raw. I guess I should go find a list of who won and what not. I bet I can find all the interesting parts on the YourTubes.

Did you watch it? Did you favorites win? Any major upsets? Commentward ho!

Also, I’ll be attending the New England Wecomics Weekend. Check out my post and comment if you are going to be there.

UPDATE: I just reread that hastily written post and realized it sounded angry. I’m not angry at the Oscars. I just wasn’t that interested in watching the broadcast.

HERE ARE SOME LINKS TO HAVE!