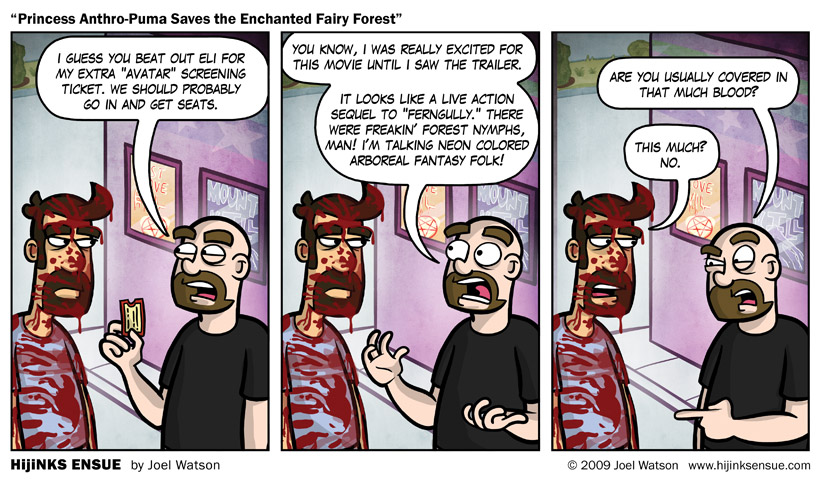 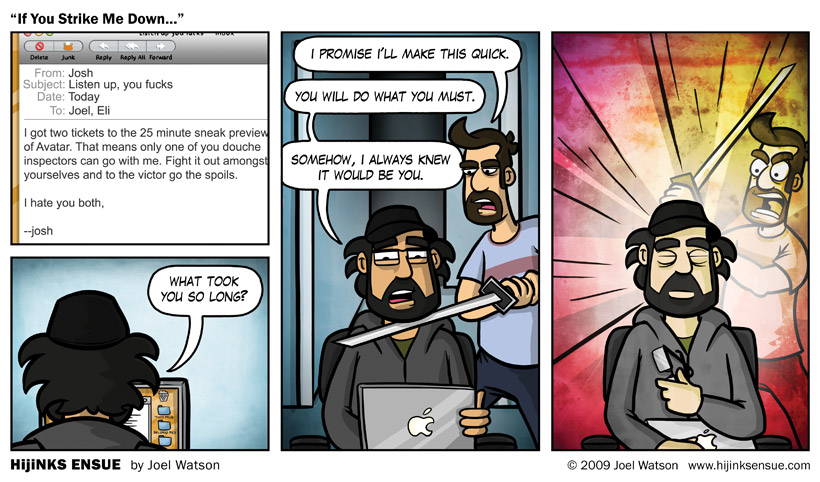 tickets to the 25 minute preview of James Cameron’s Avatar. Apparently the high demand for tickets made half the internet fall over and burst into flames. I’m not 100% sure of the details of this event, but rest assured that I will fill you in either during or after the showing. I do think it’s a little unusual to hype a movie up to the extent that fans are clambering for tickets to a portion of the film. It borders on hubris and we all know that when you have hubris, Hugh gets the tip of his penis cut off.

A couple of things: 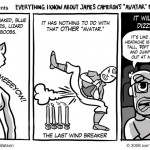 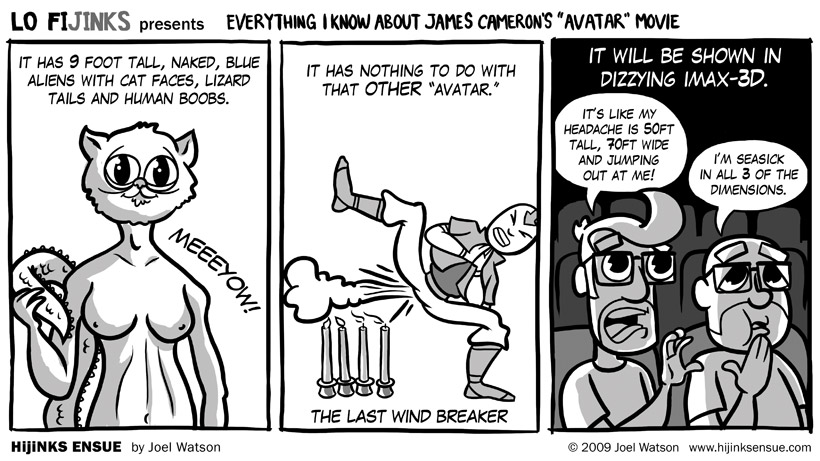 [reddit-me]I’ll be running these Lo FiJiNKS (thanks to @dubilla and @pupdog for the name) mini comics this week while I finish up a few things for the book. What book? Why, HijiNKS Ensue Volume 1: Godspeed, You Fancy Bastard of course. The preorder started at 1am central today and already half of the limited Ultimate Fancy Editions are sold. If you want one, you better jump on it.

San Diego Comic-Con was last week. Unfortunately I wasn’t able to attend, but I have been immersed in all the delicious geek news leaking out of the con. It seems like everyone is going bat tits crazy for James Cameron’s new 3D sci-fi epic Avatar. He showed 25 minutes of it at the con and the reactions ranged from “MINDBLOWING!” to “JUST SORT OF BLOWING!” I still really have no idea what it’s about other than dudes exploring an alien planet in virtual reality alien suits of some kind. If you are interested in the story, the new 3D tech Cameron developed or the reactions from fans, you can get pretty much all of it HERE.

Were you at the con? Anything you want to share? If not, what was your favorite Comic-Con 2009 announcement?