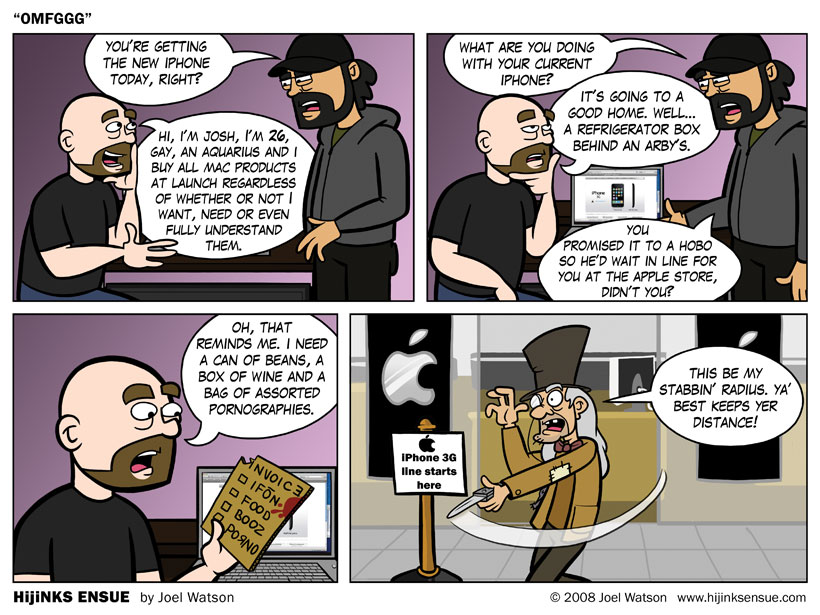 That’s right. Boxcar M-F’ing Pete. I need to see about getting him on the Podcast.

I toyed with the idea of unlocking my current iPhone and eBaying it to some far away land where they aren’t actually available so I could afford an iPhone 3G. Then I started seeing reviews and articles saying, “The 3G data is pretty cool, but what you really want is the 2.0 firmware! It’s like a robot with laser tits!” Since my iPhone can have said tit-bot firmware for free, I’ve opted to postpone any possible upgrade scenario for now.

I updated iTunes and downloaded the 2.0 firmware (a day early since I’m such a cheeky monkey), and got my App Store on. I grabbed some of the free apps that looked useful (Twitterific, AIM, a flashlight thing, and Remote). Remote is an app from Apple that let’s you control your iTunes through your phone. I don’t want to go into a long review, but it’s freaking awesome. You can browse your entire lib(r)ary, view album art, etc from your phone. The communication was almost instant. I have bluetooth turned off, so I assume it uses WiFi or dark wizardry.

My advice: hold on to your original iPhone for now (or, if you never bought one in the first place, pick one up used from a jumpy upgrader sans contract). Wait for a significant update, like 32 or 64 gb’s. The apps really do make this a new device with a lot more potential. I want to buy Band, but I’m waiting for Josh to be my guinea pig. 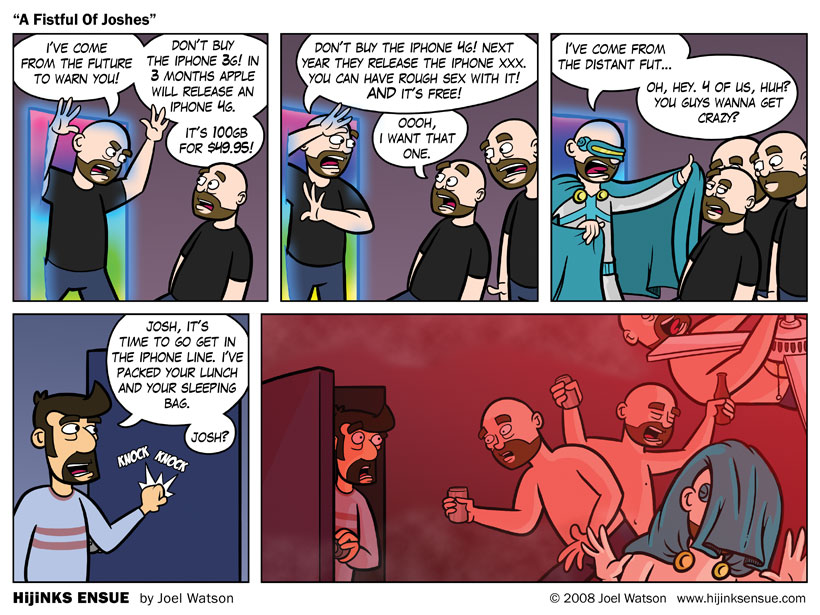 Josh: did you watch the wwdc feed?
Joel: nah
Joel: i read it all
Josh: i’m watching the video of all the 3rd party apps
Joel: my iphone is worth negative nothing
Josh: some neat stuff
Josh: i’ll probably get monkey ball
Josh: because that game is pure fun
Joel: get band
Joel: are you getting the phone?
Josh: are you high?
Joel: hahahahahah
Josh: exactly
Josh: and they’re only half the price
Joel: seems like a marginal upgrdae
Josh: so i can buy 2

I predict about 2 million original iPhones hitting eBay and Craigslist in a couple of weeks. Anyone want to buy a 1st gen iPhone, previously owned by “THE Joel Watson?” What about “THE Joel Watson’s” wife?” She’s semi-internet famous by association. 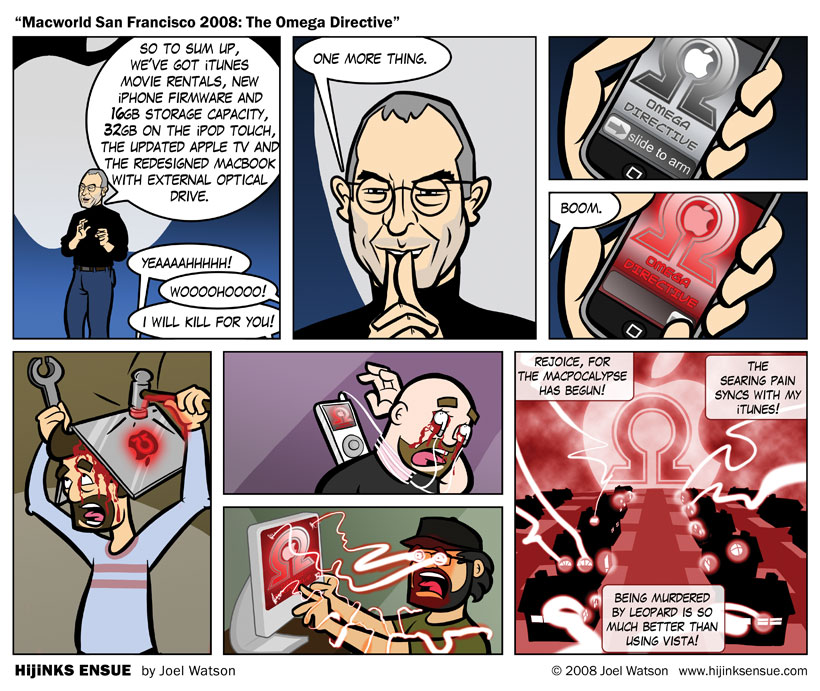 Macworld San Francisco is next week. I’ve learned from years of Apple fandom to aim for the middle with my predictions. Take every rumor on the internet, rate them from 1-10 on how bad you want them, then throw out everything above a 7. Those will be saved for Xmas or next year.

Please post your predictions and speculations in the comments.

In case you missed it the first time around, here’s the “iPhantom Zone” iPhone wallpaper from this comic. You can see it in action here, and download it by clicking the image below. 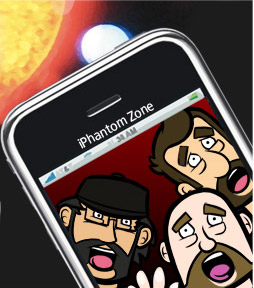 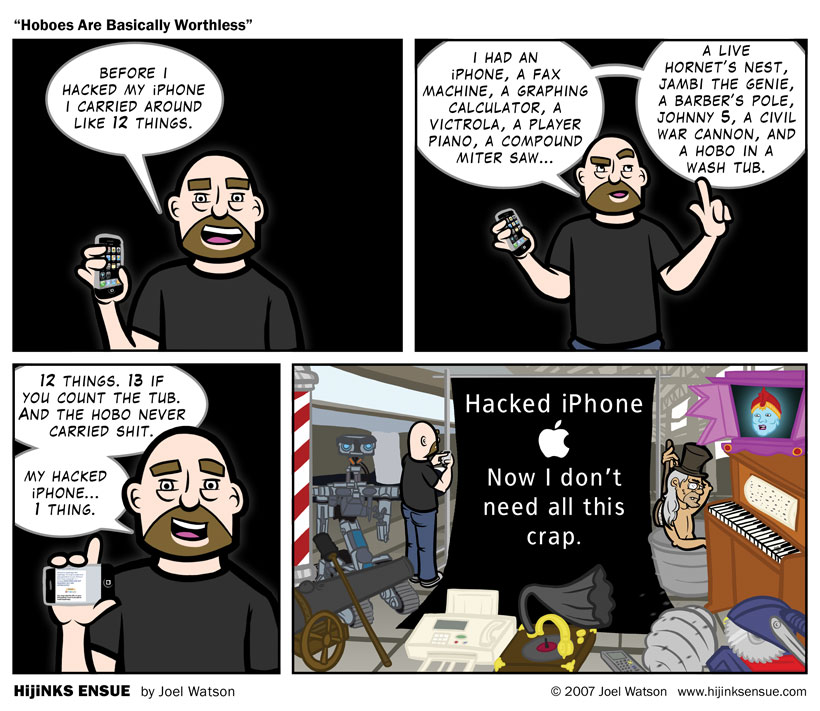