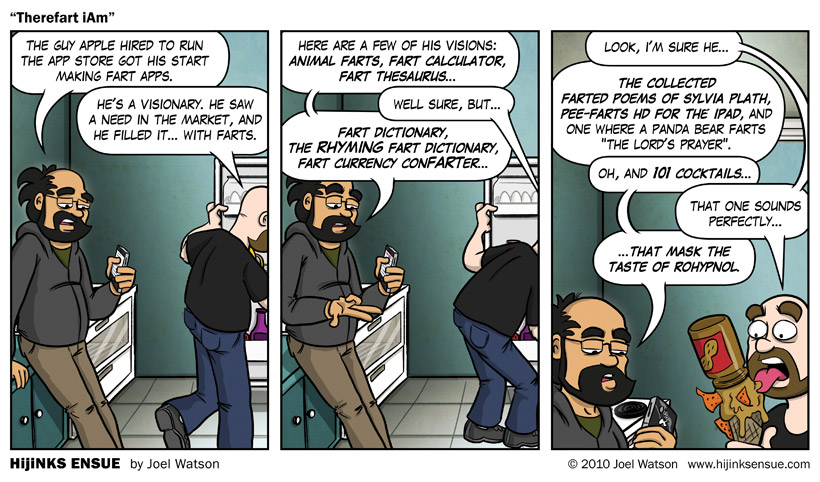 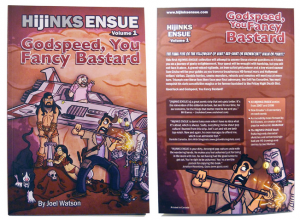 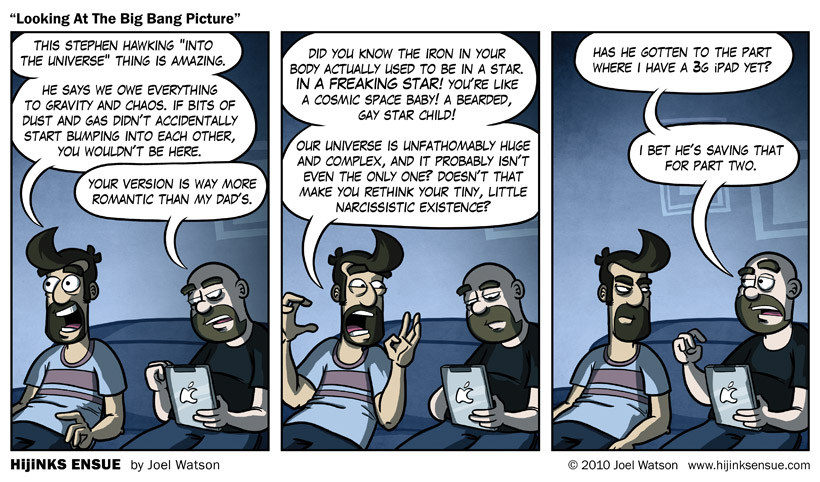 There are two things I LOVE about specials like this (especially this very special special):
A) Even when you know in the back of your mind how enormous and random and chaotic and unlikely and OLD the universe is, it’s a real kick in the cosmic pants to be reminded of just exactly how much it is each of those descriptors with stunning visual effects and real world metaphors.
B) Stephen Hawking approaches physics and the universe with what can only be described as love. END_OF_DOCUMENT_TOKEN_TO_BE_REPLACED 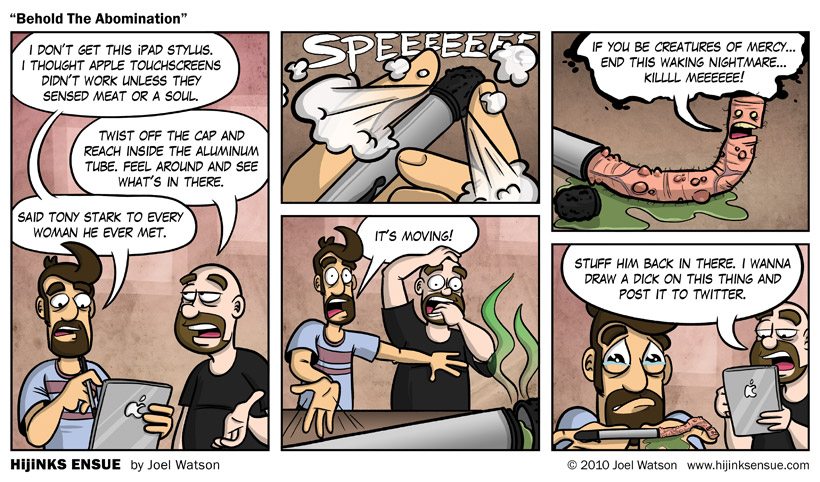 The little genetically engineered worm guy’s name is Styli. Styli the Meat Tube. Or Meatube if you prefer. Either way. He prays nightly to a god that isn’t there to snuff out his wretched, tubey, meatish existence.

After playing with a Pogo Sketch stylus and an iPad at the Apple Store I asked my self this very question. “How do it work?” I still don’t have any idea, but one can only assume the maddest of sciences are involved.

C2E2 is next weekend [April 16-18]!!! Come see me and every other webcomic person I know all in one convenient spot. Oh such awkward stare there will be, children! A bounty of social anxiety! 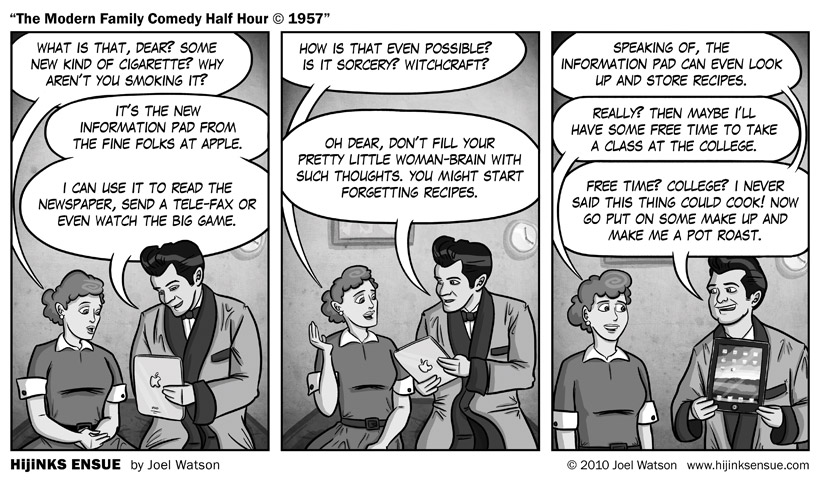 I am posting a 4th panel to this comic in The Vault (HERE!) for those that have donated this month or are subscribers to The Vault. Learn more HERE. 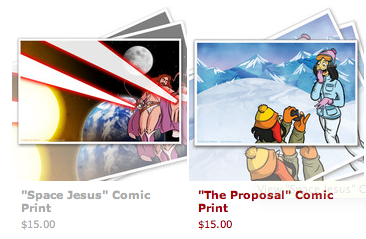 2 NEW PRINTS IN THE STORE!!! END_OF_DOCUMENT_TOKEN_TO_BE_REPLACED 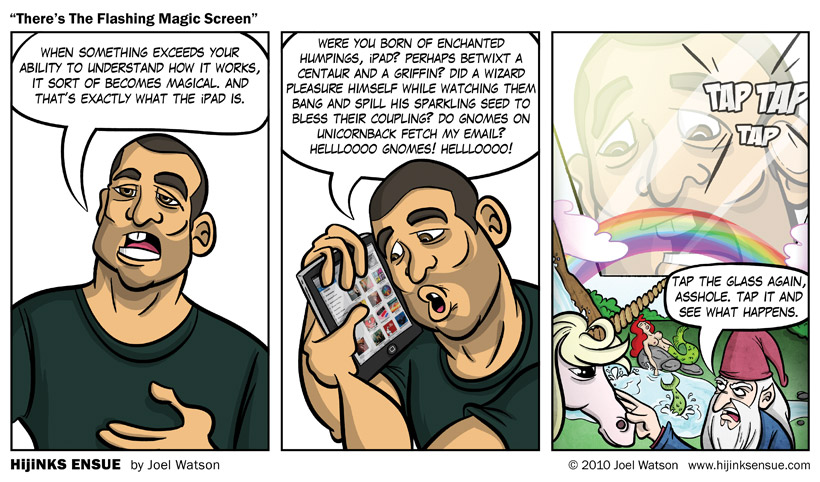