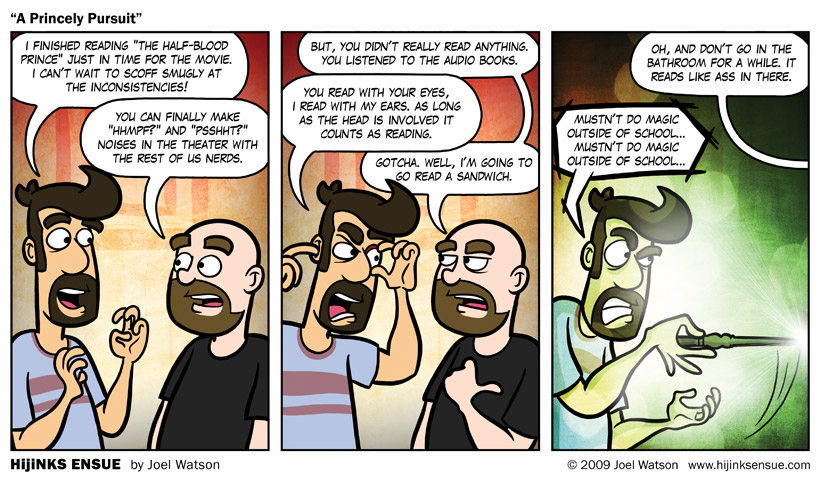 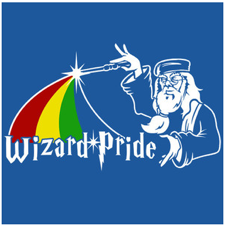 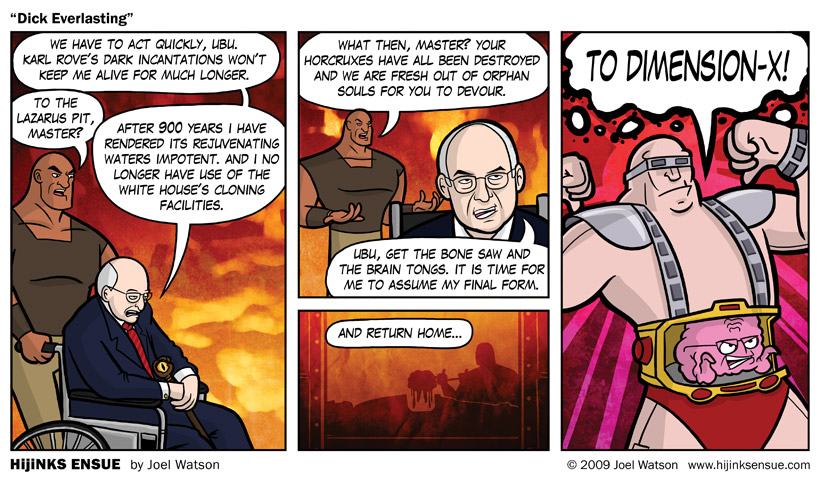 UPDATE: All current shirts and other merch are HERE IN THE HE STORE

Took me long enough, but both the “Wizard Pride” shirt and the “Magically Fabulous” shirt are back in THE STORE.

There are NEW COLORS of each, too. Click the “more” link to see all the colors for these two styles. END_OF_DOCUMENT_TOKEN_TO_BE_REPLACED

Where’s the comic? Why didn’t I have time to make one? Here’s why:

That’s right! The HijiNKS Ensue Store is open for bid-ness. Expect more shirts coming soon. I worked all last week on these designs so the comic had to be put on hold. Not to fret! Comics will be back on Thursday with scary Halloweenish themes! Do me a favor and Digg the store. 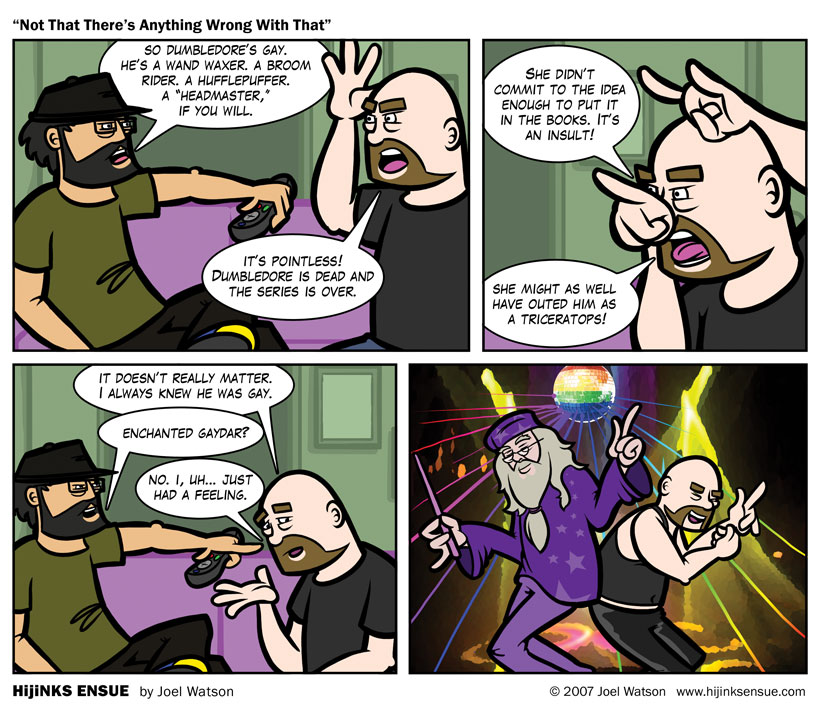