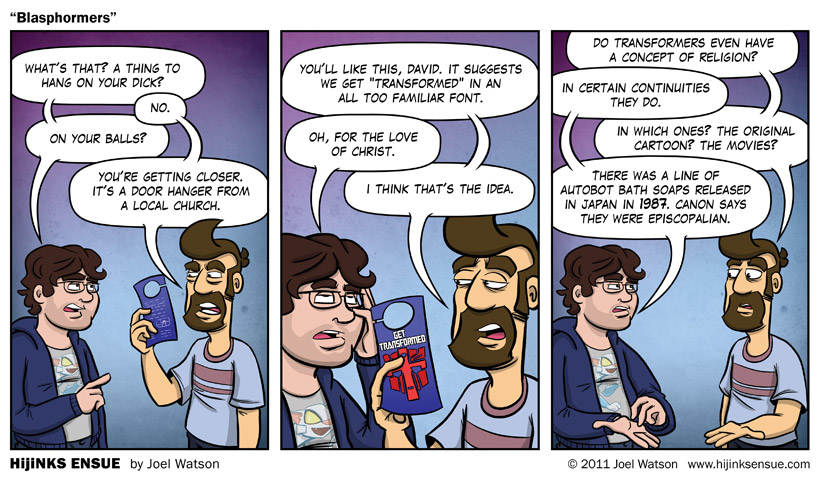 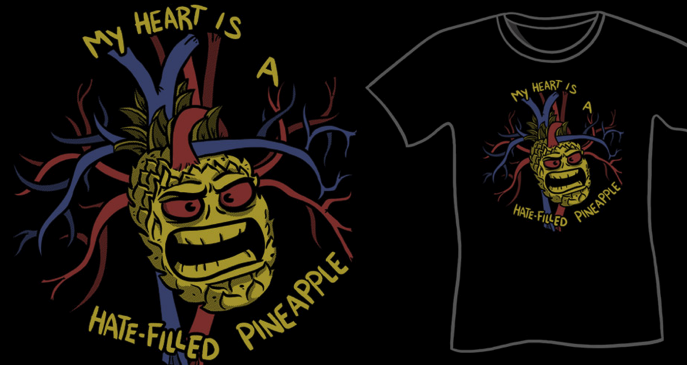 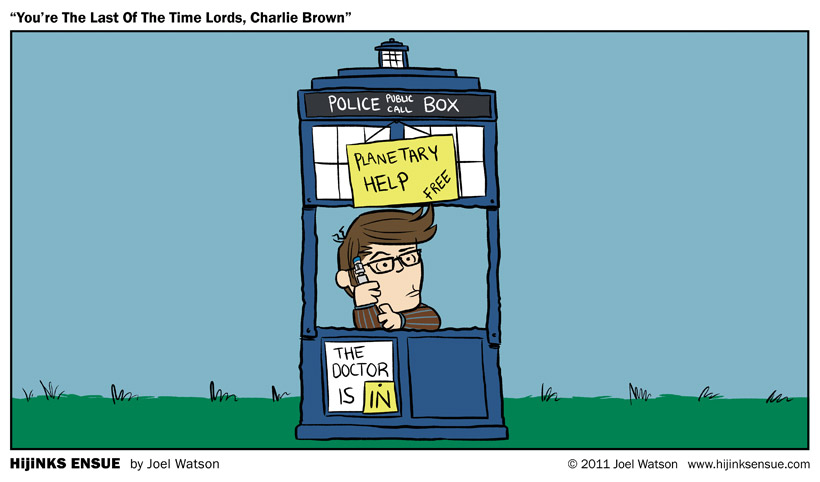 UPDATE: THE SHIRTS ARE HERE!!!

I scoured the Internet, positive that someone had already done this. How, in the grand scheme of pop-culture references, had no one ever put these two ideas together? After doing my due Google image searching diligence, I was confident that had this gag already been explored, it was not on the Internet and thus fair game. I did, however find a few pices of “Snoopy as The Doctor” fan art. Odd.

Also, I KNOW “The Doctor Is In” refers to that football-yanking bitch Lucy and not Charlie Brown. I figured as long as I was taking creative liberties I should go for the gusto.

I suppose had I used Matt Smith’s Doctor as my subject I could have given new meaning to “the little red-haired girl.” Maybe someday I’ll do a follow up.

UPDATE: I put a desktop version of this comic in The Vault. 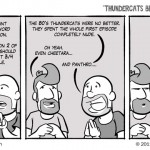 ONLY 18 UFE’s LEFT AND ONLY 3days left to get them: There are 18 Ultimate Fancy Editions of the book left and the files must be fully proofed and turned into the printer by Sunday 1/30/2011. Once those last UFE’s are sold I will have covered 100% of the printing costs + all other book-related expenses. PLEASE HELP me make this thing a success. 4 days! We can do it!

Doing Lo-FiJINKS comics for the rest of the week so I can finish up the book WHICH IS DUE SUNDAY AND OMG I AM FREAKING OUT.

I will definitely be watching the new Thundercats animated series, but not (only) because of how far Thunderan cleavage technology has advanced in the last 20 years. Thundercats was my favorite show when it was first airing. I had a multitude of action figured, the Thundertank, and a life size Lion-o suit complete with plastic Sword of Omens and Glove of… Portents? Glove of Mysteries? Power Glove? I don’t remember what it was called, but it was awesome. I think the blend of fantasy and sci-fi really appealed to me. They had spaceships and laser cannons and what not, but there leader was the ghost of Obi-Wan Kenobi portrayed by Jaguar. I think his name was Jag-o, or Jag-off.

I was, however, quite disturbed as a child by the pilot episode referenced in the comic above. Everyone of the Thundercats was complete naked for the nearly the entire episode. Even the kids. And, seeing as how they are basically animals, that probably wouldn’t have registered as odd if they didn’t make a huge deal about, “OK, now we’re at the planet. We should put some clothes on.” It makes me think nudity wasn’t common on Thudera and they were just weirdos. Like the people that make their kids watch them have sex because “it’s natural.” It’s like they were just putting on clothes because the pizza guy was at the door.

I only saw that episode once when I was young, but the memory of it burned in my brain. I was too young to understand if I was aroused by it, so I think my only real reactions were confusion and fear. I had the same reaction to an episode of The Mysterious Cities of Gold where the main character got naked to play in the river. It was a Japanese import, so I’m sure the creators thought nothing of it. Nudity is something Americans are taught to fear and be ashamed of at a very early age and I think it sticks with us throughout life. The rest of the world (literally ALL OF THE REST OF THE WORLD) doesn’t seem to have that same hang up.

“Sword of Omens, give me sight beyond sight… right into Cheetara’s bedroom. Meow.”

COMMENTERS: Are you going to check out the new Thundercats? Did you enjoy the original? Post any Thundercats related thoughts below. 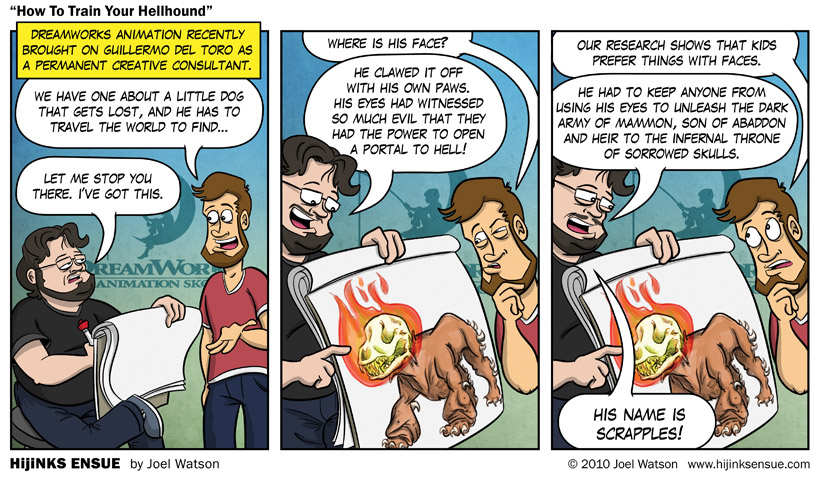 “And why is the exposed skull on fire?” is not a question one should have to ask with regards to a children’s film.

All joking aside, Guillermo del Toro is a great choice to help improve Dreamworks animated features. He was all over How to Train Your Dragon and that was a genuinely enjoyable film. It didn’t quite have the adult/child crossover of a Pixar creation but it was probably Dreamworks‘ most well-rounded offering to date.

Though I do think Dreamworks would do well not to stifle Del Toro were he to throw in a few goat-faced demon spawn in the next Madagascar sequel.

Commenters: How else might Guillermo del Toro bring his singular vision to children’s films? Or how might he adapt current animated movies? 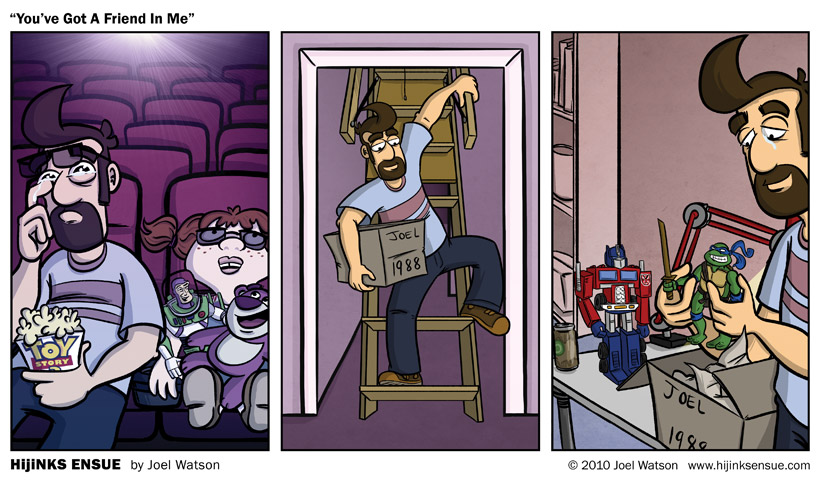